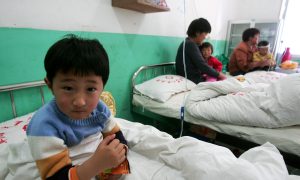 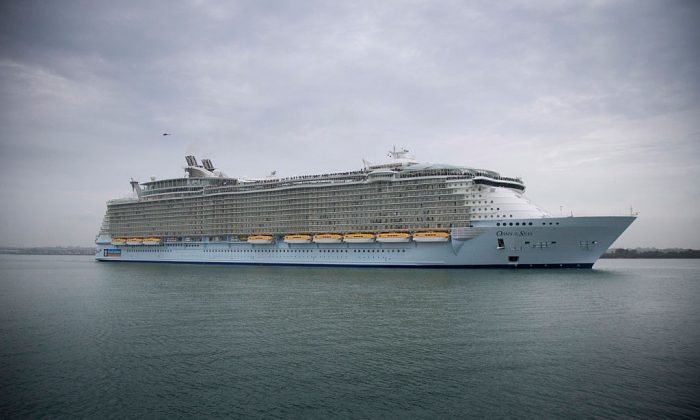 Royal Caribbean's Oasis of the Seas in a file photo in Southampton, England, on Oct. 15, 2014. (Matt Cardy/Getty Images)
US News

Some 277 passengers on Royal Caribbean’s Oasis of the Seas cruise ship were sickened by a norovirus outbreak that prompted company officials to order the ship back to Florida a day early.

The company will also give passengers a full refund.

Cruise line spokesman Owen Torres told The Associated Press, “We think the right thing to do is get everyone home early rather than have guests worry about their health.”

The ship left Port Canaveral on Jan. 6 for a weeklong cruise and arrived in Falmouth, Jamaica, on Wednesday. But passengers had to stay on board because of the outbreak.

Torres said returning to Florida a day early gives the cruise line “more time to completely clean and sanitize the ship” before it sails again.

On Jan. 9, Torres told Florida Today that there were nearly 9,000 guests and crew members on board the ship, one of the largest cruise ships in the world. There were 167 cases of norovirus on Wednesday, but that number jumped by 100 over the course of a day.

“Those affected by the short-lived illness are being treated by our ship’s medical team with over-the-counter medication. Meanwhile, we are bringing additional medical staff on board and we’re engaging in intensive sanitary procedures to minimize the risk of any further issues,” Torres said.

Oases of the Seas typically sails out of Florida but was slated to start sailing out of Bayonne, New Jersey, in May.

According to the Centers for Disease Control and Prevention, norovirus “is a very contagious virus that causes vomiting and diarrhea.”

“Norovirus outbreaks are common. This is because the virus spreads very easily and quickly from infected people to others, and through contaminated foods and surfaces. Outbreaks happen throughout the year, but they occur most often from November to April,” the agency added. Each year, norovirus causes 19 million to 21 million cases of acute gastroenteritis in the United States.

Common symptoms include diarrhea, nausea, and stomach pain; the best ways to prevent the spread of the virus is washing hands often, rinsing fruits and vegetables, cooking shellfish thoroughly, and avoiding the preparation of food when sick.

Norovirus outbreak forces one of the biggest cruise ships in the world to cut trip short https://t.co/arcmU0k8gy pic.twitter.com/u56xcIPYci

A widening outbreak in Michigan prompted state officials to urge residents to be on the lookout for the virus.

The Michigan Department of Health and Human Services said in a press release that it’s detected an increase in norovirus activity.

“The best way to limit the spread of these viruses is frequent hand washing for at least 20 seconds using soap and warm running water, being sure to completely clean all areas of hands and under fingernails. This is especially important after using the bathroom or before preparing or eating food,” the department stated.

“Preventing contamination of food, drinks, water, and ice is also very important. People who have been sick with vomiting and diarrhea should not prepare or serve food to others for at least three days after their symptoms are gone. One-third cup of bleach diluted with one gallon of water is the most effective way to disinfect surfaces. Bleach should be used in well-ventilated areas. Hand sanitizers are ineffective against the virus.”

People should keep in mind that norovirus can remain on surfaces for extended periods of time, such as doorknobs, sinks, bath rails, phones, and light switches. These should be disinfected more frequently, especially within a 25-foot radius after a vomiting incident.