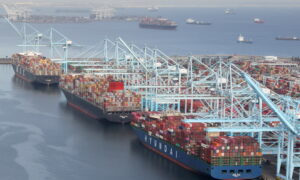 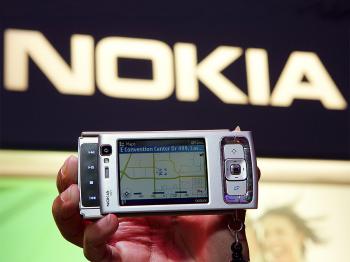 Marja-Leena Koivuluoto
View profile
Follow
biggersmaller
Print
Nokia is the world's number one manufacturer of mobile devices by market share. However, the international economic crisis has reduced sales of telephones, and cost-cutting measures are in the works.

This January, Nokia estimated that sales of mobile telephones in the coming year would decline by ten per cent from last year. This means a reduction in sales equal to 100 million handsets. According to a February press release, in Finland Nokia plans to close one site and concentrate its mobile devices research and development unit at sites in just four Finnish cities.

Approximately 320 white collar workers at the R&D site will also be laid off and the site will be closed by the end of 2009.

In addition, some factory workers will be laid off. The temporary lay-offs will affect about 20-30 per cent of employees, but production will not be interrupted. All these measures are made to adjust production to market demand and safeguard future competitiveness, the news release said.

As expected, the company aims to cut operation costs by 700 million Euros by the end of next year. The greatest number of jobs will be lost in the United States and Britain as Nokia is planning to cut 1,000 jobs in countries outside of Finland, mainly in its marketing and strategy unit.

These plans will affect 1700 jobs globally in R&D, according to the Finnish newspaper, Helsinging Sanomat.

However, at its Annual General Meeting in April, more than 1,000 stockholders came to hear what Nokia president and CEO Olli-Pekka Kallsvuo had to say on the future of the company. Kallasvuo reassured his audience that Nokia will make it through.

“Although the global mobile communications market is shrinking this year, I believe strongly that in spite of the difficult market situation, Nokia’s future gives reason for optimism,” Kallasvuo said.

Kallasvuo spoke of Nokia's future plans in a press release earlier this month.

"Nokia is fundamentally changing its business model to transform both the company and the industry. While we continue to compete with the traditional mobile device manufacturers, we are also dealing with new competitors entering the market from the PC and Internet industries," he said.

The company offers a severance package worth five to 15 months' pay to those being laid off. This voluntary resignation offer is available to all employees worldwide except factory workers and management.

Nokia employs 68,000 people worldwide, about 16,000 of whom work in Finland.
During the first quarter of 2009, the mobile manufacturer released several media advisories about the future development of the market and how it is planning to cope with the economic crisis.

On May 4, Nokia announced that its slimmest smart phone, the Nokia E71x, had arrived on the market and was available at AT&T retail stores and online. Surveys show that in the future people will use more text messaging or e-mail on their mobile phones. "Text it, don't say it," is the latest catchword.