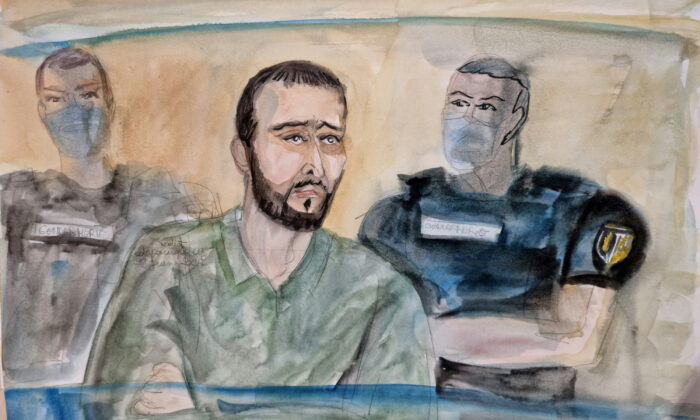 An artist's sketch shows Salah Abdeslam during the verdict in the trial of the Paris's November 2015 attacks at the Paris courthouse on the Ile de la Cite in Paris, on June 29, 2022. (Elisabeth de Pourquery/France Televisions via Reuters)
Europe

No Appeal From Bataclan Suspect, Closing Chapter on 2015 Paris Attacks

PARIS—Salah Abdeslam, the lone survivor of a terrorist squad that killed 130 people in attacks in Paris in 2015, has not appealed his life sentence or guilty verdict—closing the door to a second trial, a Paris appeals court said Tuesday.

The Paris appeals court said in a statement that none of the 20 suspects had appealed the decision.

The men were sentenced last month following a 10-month trial, with Abdeslam handed the most severe criminal sentence possible in the country with no possibility of early release.

The ISIS terrorist group has claimed responsibility for the attacks.