No Amnesty for Lockdowners 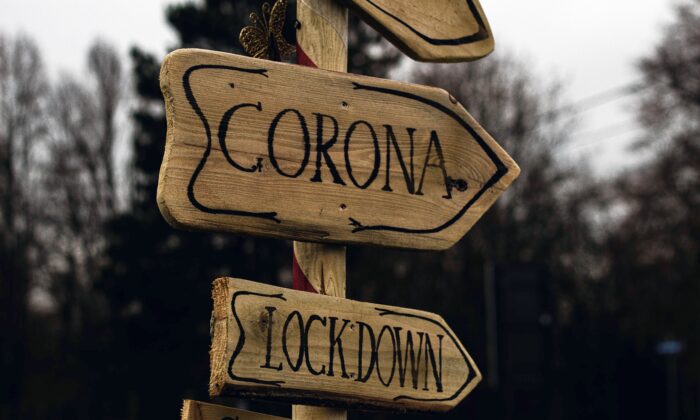 Now that we can talk to our friends and neighbors about it, the reality is sinking in. What our public health experts and politicians did to this country was egregious. Inspired by the totalitarian lockdowns in Wuhan, China, and urged to replicate that policy by the World Health Organization in a report that Dr. Anthony Fauci and the National Institutes of Health approved, all constitutional rights were thrown out by the government.

The churches were shut. The schools were closed, in some places for as long as two years, thus sacrificing the education of a whole generation. We faced restrictions on house parties. We couldn’t visit the elderly in homes, not even their sons and daughters who were paying the rent. There were even restrictions on travel between states: Quarantine rules made it impractical.

Health authorities specifically demanded the need to close all venues where people congregate. Nothing like this had ever happened before. Once people were allowed to crawl out from their domestic holes, they were forced to mask up (even though we had zero evidence that this would achieve anything!) and eventually get vaccine shots that everyone said would end the pandemic but obviously didn’t.

It’s been nearly three years of imposed hell. We now live with the after-effects, including terrible inflation, learning loss, drug addiction, rising crime, cultural nihilism, and wholly justified public fury, which are driving the Democrats to doom on Nov. 8 because it was the Democrats who leaned in and perpetuated all these policies long after they obviously failed.

So sure, people are upset. The right answer would be for our health authorities and politicians to apologize and beg for forgiveness. But nothing like that has happened. They just keep on pretending that all of this was fine. There has been no repeal of the Centers for Disease Control and Prevention’s claimed power to quarantine you next time, and the Biden administration’s own pandemic planning scheme is to prohibit states from opting out the next time around.

So let’s discuss Emily Oster’s piece in The Atlantic in which she claims that everyone needs to immediately comply with some kind of amnesty that she has declared. We’re supposed to forget it all and move on. And why is this? Because, she says, there was so much uncertainty. They just didn’t know about the virus. It was the fog of war, after all, and everyone did their best.

“We didn’t know,” she wrote, and then kept invoking the supposed “uncertainty” of the times, a word she deployed five times. Why, if she (or they) were so uncertain, did they so quickly decide to wreck all liberty in the United States? The so-called precautionary principle would suggest that government should undertake no such policy because of the obvious harms it would impose. They did it anyway.

Here’s the problem. This is complete rot. We knew from February 2020 of the risk stratification of the disease’s serious outcomes. It was in all the papers. We had the data. We knew from the Diamond Princess experience in February 2020 that there were no deaths of those younger than the age of 70 on the ship. That comported with every bit of information we had at the time. Based on what we knew at the time, there was absolutely no case for locking down at all and every reason to not do this.

For that matter, Oster could have merely read the news. MSNBC on Jan. 30, 2020, reported that Dr. Ezekiel Emanuel, formerly Barack Obama’s health adviser, said: “Everyone in America should take a very big breath, slow down, and stop panicking and being hysterical. We are having a little too much histrionics on this.”

On March 4, 2020, Slate reported: “There are many compelling reasons to conclude that SARS-CoV-2, the virus that causes COVID-19, is not nearly as deadly as is currently feared. But COVID-19 panic has set in nonetheless. … Allow me to be the bearer of good news. These frightening numbers are unlikely to hold. The true case fatality rate, known as CFR, of this virus is likely to be far lower than current reports suggest.”

On the same day, Psychology Today reported: “Yes, this virus is different and worse than other coronaviruses, but it still looks very familiar. We know more about it than we don’t know. … It’s scary to think that an invisible enemy is out there to make you sick. But your doctor is not panicking, and you don’t need to, either.”

We can even turn to Fauci himself, who wrote as follows on Feb. 28, 2020, in the New England Journal of Medicine: “The overall clinical consequences of Covid-19 may ultimately be more akin to those of a severe seasonal influenza (which has a case fatality rate of approximately 0.1 percent) or a pandemic influenza (similar to those in 1957 and 1968) rather than a disease similar to SARS or MERS, which have had case fatality rates of 9 to 10 percent and 36 percent, respectively.”

On March 17, 2020, legendary epidemiologist John Ioannidis broke it all down: “The current coronavirus disease, Covid-19, has been called a once-in-a-century pandemic. But it may also be a once-in-a-century evidence fiasco. … One of the bottom lines is that we don’t know how long social distancing measures and lockdowns can be maintained without major consequences to the economy, society, and mental health. Unpredictable evolutions may ensue, including financial crisis, unrest, civil strife, war, and a meltdown of the social fabric. At a minimum, we need unbiased prevalence and incidence data for the evolving infectious load to guide decision-making.”

Wow, talk about prophetic! All of that happened. He knew this not because he was clairvoyant, but because he has a working brain. You can’t just shut down society without egregious consequences that affect health, economics, social relations, and so much more. In other words, authorities acted with extreme measures that were in no way justified by the data and did so with measures they knew for sure would massively damage the social fabric.

For that matter, we’ve known about the damage of lockdowns since they were first pushed in 2005–06. Famed epidemiologist Donald Henderson warned that such measures would turn a manageable pandemic into a catastrophe!

So here we are, living amid catastrophe. There are no apologies. There’s only coverup. Now, you might ask the following: Why, if the mainstream media from late-January through mid-February 2020 were counseling calm and urging against lockdown frenzy, and even Fauci was saying that we didn’t need a vaccine to get out of this pandemic, was there a sudden shift? What new evidence came in that caused Fauci, along with his minions and inner circle, to surround Trump in early March 2020 and demand that he greenlight the lockdowns?

Why did this happen? I have my own theories, but they’re only that. My suspicions are that 1) Fauci and his gang believed that they were culpable for the pandemic due to the National Institutes of Health’s funding of the Wuhan lab and so pushed the lockdowns in the hope of stopping the spread or just causing a chaotic diversion of attention, and 2) getting Trump to wreck the economy would be the surest path to unseating him in the November 2020 election. On the second point, it so happened that the manufactured disease panic allowed changes in absentee voting rules that ultimately led to Trump’s defeat.

Now, you could call this a conspiracy theory. I sincerely hope it isn’t true because it would be a scandal for the ages. And perhaps I’m wrong here, and there’s some other reason for the egregious actions that wrecked millions of businesses and lives. I would like to know what it is. But as for Oster’s excuse that we just didn’t know—that we believed that the virus was worse than it was, that masks would stop the spread, and so on—that claim is utterly baseless. So, too, does her demand for “amnesty” for the lockdowners fall flat.