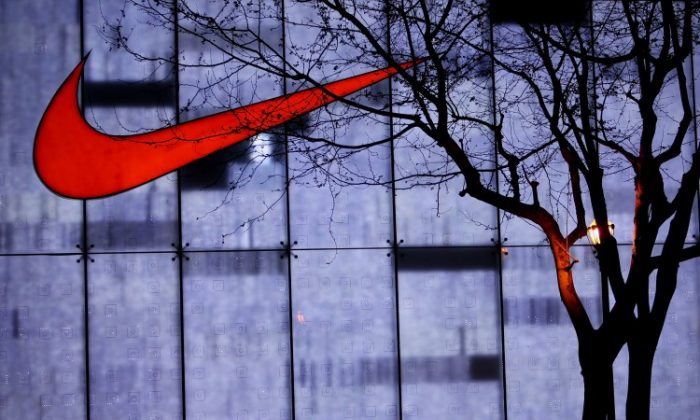 Shanghai residents pass by a Nike store on the Nanjing Road shopping street on April 17, 2010 in Shanghai. Today, 41 percent of Nike's shoes are manufactured in Vietnam, and 32 percent are made in China. (Feng Li/Getty Images)
By Samuel Allegri