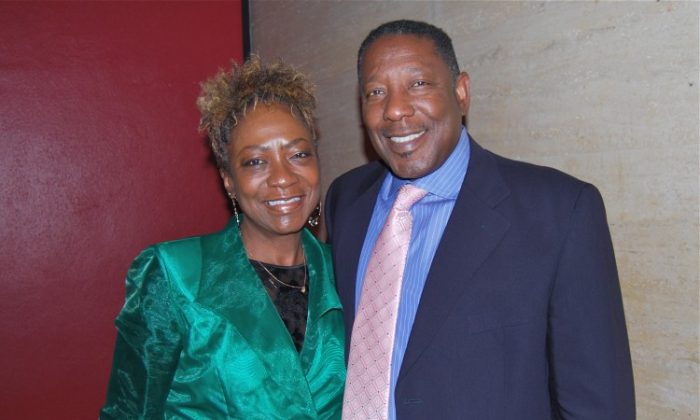 HOUSTON—Business owner Gerald Netters is enamored with Chinese culture, and even has a room in his house dedicated to Asian culture.

“I loved it. I liked the dancing and the finesse of it, and the music,” Mr. Netters said. “The movement, the synchronicity, and the music.”

“Definitely the music, [it] was very profound,” Mr. Netters said.

Mr. Netters said they own nightclubs, so “we’re used to music and we know music.”

“The orchestra—it wasn’t loud, when it had to be loud, it was excellent. That was very, very well done,” said Mr. Netters.

The Shen Yun Orchestra has unique instrumentation, with traditional Chinese instruments like the woodwind suona and wooden flute dizi combined with a classical Western philharmonic orchestra.

The New York-based company performs classical Chinese dance and ethnic and folk dances from the many minority ethnicity of China.

Shen Yun’s website explains the art of classical Chinese dance. “Through expression of bearing and form, beautiful dance movements bring out the inner meaning of intrinsic thoughts and feelings, reflecting the peculiarities of human nature, the standard for human conduct, moral concepts, mental state, one’s value system, and so on,” it reads.

“I liked the backdrop, the backdrop was excellent,” Mr. Netters said. Shen Yun uses and animated digital backdrop which displays changing vivid scenes from dance to dance. “When they had a different act, they enhanced it with the backdrop, the scenery. That actually puts you into that position, in the mindset that you are actually there.”