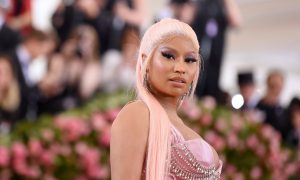 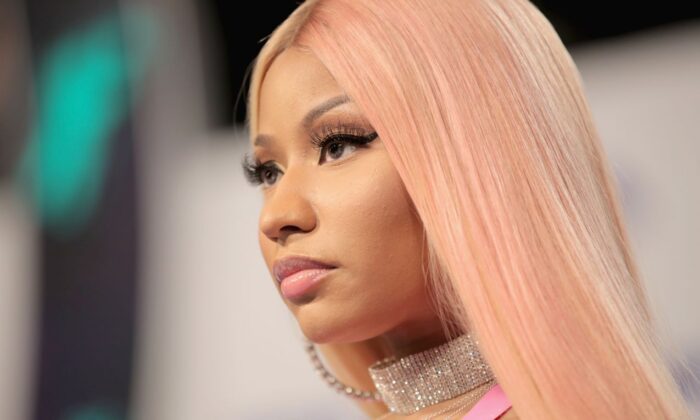 As White House officials responded to Nicki Minaj’s claims on Twitter that the COVID-19 vaccine led to an adverse health problem, the rap star later said she is being targeted for asking questions about the shot and compared the phenomenon to the Chinese regime’s censorship.

Minaj, who has 22 million followers on Twitter alone, wrote on Monday that her “cousin in Trinidad” wouldn’t take the vaccine because “his friend got it [and] became impotent.” She also shared a claim from a man who said he developed a blood clot in his eye after getting vaccinated.

On Wednesday, Biden administration COVID-19 adviser Anthony Fauci responded to her assertion and told CNN that “there’s no evidence that it happens, nor is there any mechanistic reason to imagine that it would happen.” He added that Minaj “should be thinking twice” about making such claims online.

For her claims, Minaj, who added that she isn’t vaccinated, said she received significant criticism and suggested she’s now the target of a “cancel culture” mob for her tweets, asserting in an Instagram video that the phenomenon is similar to the Chinese Communist Party’s restrictions on visitors and citizens.

“I remember going to China and they were telling us you know, you cannot speak out against, you know, the people in power, there, etc,” Minaj said in an Instagram Live video. “Don’t y’all see that we are living now in that time where people will turn their back on you … but people will isolate you if you simply speak and ask a question,” she continued.

Before that, the rap star said the White House invited her to speak with Surgeon General Dr. Vivek Murthy and Fauci about the vaccine.

“The White House has invited me & I think it’s a step in the right direction. Yes, I’m going. I’ll be dressed in all pink like Legally Blonde so they know I mean business. I’ll ask questions on behalf of the ppl who have been made fun of for simply being human,” Minaj wrote in a Twitter post.

But later, in the Instagram video, Minaj said that when she made the post about the White House invitation, an unnamed official called her back and appeared angry when she spoke about it publicly.

Minaj also said she was barred from using her Twitter account on Wednesday, although the social media platform said her tweets didn’t violate its terms and conditions.