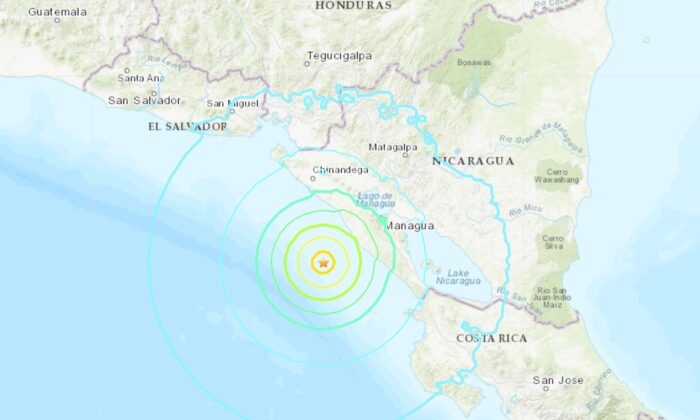 A map showing a 6.7-magnitude earthquake which occurred on April 21, 2022, off the coast of Nicaragua. (USGS/Screenshot via The Epoch Times)
Americas

The Pacific coast of Nicaragua was rattled by a 6.7-magnitude earthquake early Wednesday.

But the country’s national disaster prevention agency did not immediately report any damages or deaths.

The U.S. Geological Survey said the quake occurred about 36 miles (58 kilometers) west south-west of the coastal town of Masachapa, which itself is located southwest of the capital, Managua.

Vice President Rosario Murillo said the quake was felt along the coast, and officials were monitoring for any reports of damage.