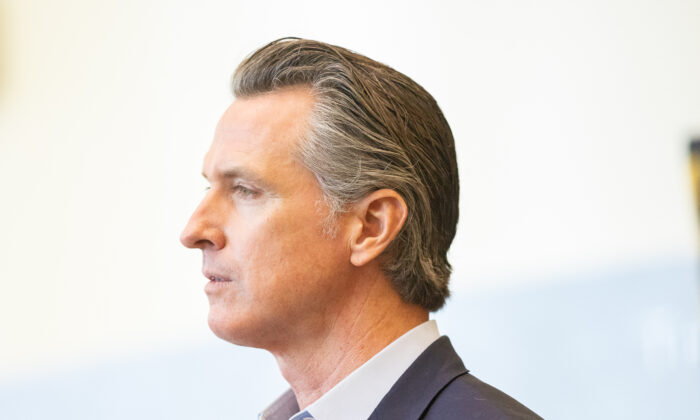 California Gov. Gavin Newsom signed 27 new housing bills into law on Sept. 28, marking a total of 31 housing bills recently signed that are intended to “cut the red tape” in building new housing. However, critics say the bills will lead to high housing costs for home buyers.

The governor is presenting the bills as part of the California Comeback Plan, which will invest $22 billion in housing and homelessness, leading to the creation of over 84,000 new housing units to help lead Californians away from homelessness. The plan will also fund a $100 million grant program for low-to-moderate-income homeowners to build ADUs on their properties, a type of secondary housing unit on a property that will increase density.

“The acute affordability crisis we are experiencing in California was decades in the making, and now we’re taking the necessary steps to fix it,” Newsom said in a statement after signing the bills at an affordable housing development in Oakland.

“This package of smart, bipartisan legislation boosts housing production in California—more streamlining, more local accountability, more affordability, more density. These bills, plus this year’s historic budget investments in affordable housing, will directly lead to more inclusive neighborhoods across the state. Creating denser housing near jobs, parks, and schools is key to meeting our climate goals as well as our affordability goals.”

Newsom announced the launch of a $100 million grant program for low-to-moderate-income homeowners to help build ADUs on their property, where homeowners can receive as much as $25,000 in assistance. This legislation is expected to help build 4,000 ADUs.

The process will help the Regional Housing Needs Allocation (RHNA) cycle, which requires every city and county in California to plan and zone for new housing, creating a problem for some cities in finding where to place and how to build the housing.

In combination, local governments will need to zone land for more than 2.5 million units statewide—more than double the obligation under the previous RHNA cycle. According to the governor’s office, the new bills signed Sept. 28 will help cities to meet those goals.

Also announced by Newsom on Sept. 28 is the launch of California’s new Housing Accountability Unit (HAU), which will ensure that local leaders are fulfilling RHNA allocations. The HAU will work with local governments to help provide “technical assistance” to comply with the legislation.

“It is absolutely imperative to meet these housing goals if we are serious about building an equitable future,” Newsom said. “And it is similarly imperative to meet these housing targets because unaffordable housing leads to hours-long car commutes—directly inhibiting our efforts to meet our climate goals. Creating denser housing closer to major employment hubs is critical to limiting California’s greenhouse gas emissions.”

The bills signed by Newsom on Sept. 28 include:

AB 1584 by the Committee on Housing and Community Development – Housing omnibus.