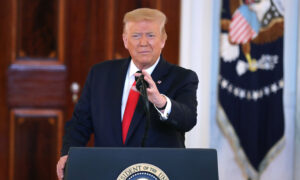 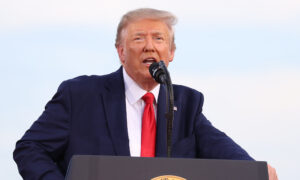 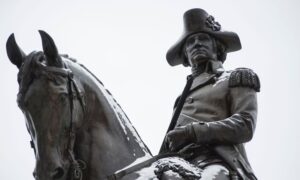 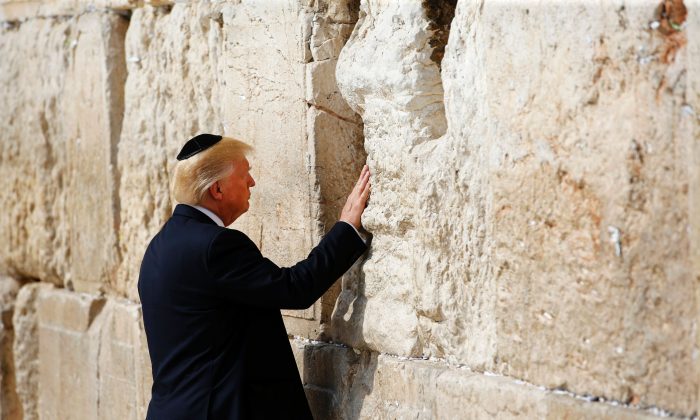 After a short preface about the shooting, The New York Times article on Oct. 29 states that the attack “did not come out of nowhere.”

“At the same time that Jews were feeling unprecedented acceptance in the United States, the climate was growing increasingly hostile, intensifying in the two years since Donald J. Trump was elected president,” the article states.

Considering that the statement implies that Trump’s presidency has something to do with the rise in anti-Semitism, a reasonable reader would expect the newspaper to clarify the connection being made, and provide some evidence. The paper did neither.

However, many readers may simply take as fact the allegation that the president has fueled a rise in attacks against Jews. The editorial staff cited no evidence to support that claim, while omitting evidence showing that the suspected synagogue killer, Robert Bowers, not only didn’t vote for Trump, but was upset with the president for his support of the Jewish community.

The New York Times is aware that Trump’s daughter, Ivanka Trump, married conservative Jew Jared Kushner and converted to Judaism; both are senior advisers at the White House. And unlike the three presidents before him, Trump made good on his promise to move the U.S. Embassy in Israel to Jerusalem from Tel Aviv.

The newspaper’s insinuation that the president is fueling anti-Semitism should have been followed by those exculpatory facts. The editorial staff chose to omit them, and instead, the article proceeds with several paragraphs describing the rise in anti-Semitism in Europe and the history of attacks on Jews in the United States.

Before launching into the next insinuation of anti-Semitism by the president, the newspaper declined to inform its readers that there’s no record of Trump ever criticizing the Jewish community or any person for being a Jew. That context would be crucial before or after the unsubstantiated allegation that “the president and members of Congress” are spreading “conspiracy theories and ‘dog whistles’ that resonate with anti-Semites and white supremacists.”

To back up that claim, the newspaper refers to interviews with “several experts,” none of whom are immediately identified. Elsewhere in the article, the author cites the opinions of an anti-Semitism expert and an editor of a Jewish magazine. Only the opinion of the magazine’s editor, Nadine Epstein, is in line with the newspaper’s narrative.

Unless The New York Times’ anonymous “experts” come forward, the only on-the-record source to back its insinuation that the president is a peddler of anti-Semitic conspiracy theories is the editor of the Jewish magazine, who doesn’t claim to be an expert.

The 30-paragraph story, which ran above the fold on The New York Times website and print edition, didn’t expend a single paragraph to cover Trump’s comments in wake of the synagogue shooting.

It would be fair to include the president’s comments, considering the veiled charges leveled by the newspaper. Instead, The New York Times cited Trump’s comments about George Soros, a mega-donor to Democratic and anti-Trump causes—who happens to be a Jew. However, the newspaper failed to clarify that Trump never criticized Soros for being Jewish, nor attributed Soros’s activism to his Jewish roots.

Criticism of Soros could be perceived as an attack on Jews if he were a prominent representative of Israel or the Jewish community. However, Soros is a controversial figure for having spent millions on anti-Israel causes.

One prominent figure that The New York Times could turn to for a clear view on Trump is Benjamin Netanyahu, the prime minister of Israel, who represents nearly 9 million Jews. Netanyahu has said that since Trump became president, relations between Israel and the United States have “never been stronger” and that Trump’s recognition of Jerusalem as Israel’s capital “will be remembered by our people throughout the ages.”

The New York Times’ omission of crucial evidence, coupled with cherry-picking the facts that fit its narrative—in this and other stories—have likely contributed to Trump’s sustained criticism of the media. The president recently blamed faulty reporting for fomenting division in the country.

“There is great anger in our Country caused in part by inaccurate, and even fraudulent, reporting of the news,” Trump wrote on Twitter on Oct. 29.

“The Fake News Media, the true Enemy of the People, must stop the open & obvious hostility & report the news accurately & fairly. That will do much to put out the flame of Anger and Outrage and we will then be able to bring all sides together in Peace and Harmony. Fake News Must End!”