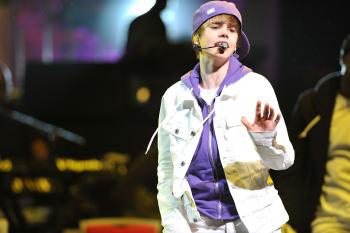 BY Angela Wang TIMEAugust 29, 2010 PRINT
Justin Bieber´s performance at the New York State Fair has been rescheduled due to sickness.

“Due to an illness and under doctor's orders, Justin Bieber has been forced to re-schedule his Sunday, Aug. 29 concert at the New York State Fair to Wednesday, Sept. 1, at 7 pm,” says an official notice published on the event´s website.

{etRelate 31555, 40714}The organizers will give a full refund to anyone who cannot make it to the Wednesday show. In the meantime, new tickets will be issued on Sunday evening.

The teenage popstar thinks he is ready for Wednesday despite illness. “And on that note i need to get some rest. G'nite ladies. Wake me in the morning. See u in Jersey. Thanks,” he tweeted on Aug 27.