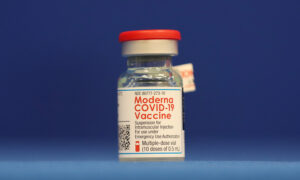 “I think it would be a primary driven by ambition more than by need,” the party’s head, Jay Jacobs, told the New York Post on Dec. 26.

There have been unconfirmed reports for months suggesting Ocasio-Cortez—a self-described democratic socialist who has promoted far-left policies—would challenge Schumer.

“Schumer has been a progressive force in the state for decades,” Jacobs said. “She has a constituency that admires her and supports her, and they’re in her community, and I think it would be a loss for them if she were to do that.”

“We’ve never met. I would look forward to doing that,” he said of whether or not he’s met Ocasio-Cortez. “I am open to that at any time.”

Ocasio-Cortez’s office didn’t respond to a request for comment by press time. The congresswoman, who is typically active on Twitter and other social media platforms, has not publicly commented on Jacobs’s claims.

Earlier in 2020, Ocasio-Cortez was asked by a Politico reporter about whether she would attempt to unseat Schumer, a longtime senator and one of the most powerful figures in the Democratic Party. “I don’t know,” she responded at the time.

“I don’t know if I’m really going to be staying in the House forever,” she also told Vanity Fair in October.

At the same time, she has frequently said the Democratic Party needs “new leadership,” taking aim at both House Speaker Nancy Pelosi (D-Calif.) and Schumer.

In 2018, Ocasio-Cortez was able to defeat former Democratic Caucus Chair Joe Crowley, a 10-term incumbent, in what was one of the biggest upset victories during the midterm elections.

Schumer is currently serving his fourth 6-year Senate term after he was reelected in 2016. He is up for reelection in 2022.

President Donald Trump has weighed in on a potential political battle between Schumer and Ocasio-Cortez.