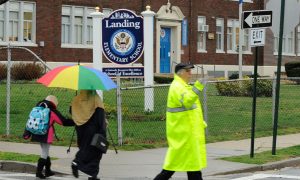 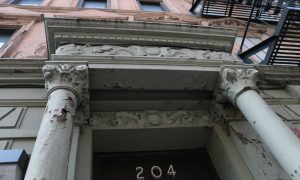 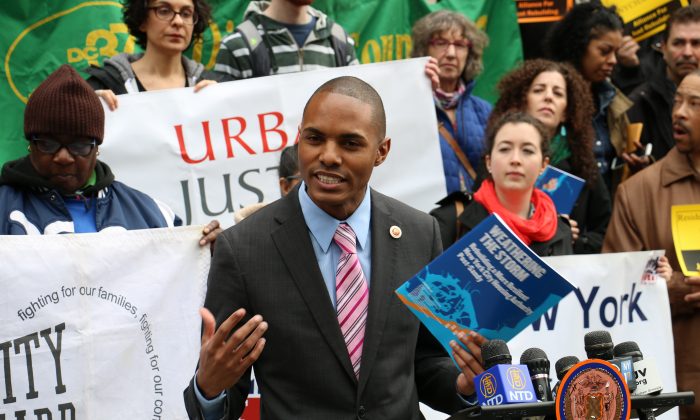 NEW YORK—After her husband assaulted her so violently that he left a gash on her head, Ms. Biddle (a pseudonym) left her home with her 8-year-old child and sought refuge in a domestic violence shelter, operated by the nonprofit Safe Horizon.

She then applied for public housing as a victim of domestic violence, which would give her priority over other applicants.

The process to get housing within the New York Housing Authority (NYCHA) is very competitive. With almost 290,000 families on the waitlist and a turnover rate of roughly 3 percent, only about 5,000 apartment units become available each year.

According to NYCHA’s latest statistics, 754 on the waiting list are applying as victims of domestic violence. Some have been on the wait list for more than 10 years.

Biddle submitted documentation to prove that she was a victim of abuse, but NYCHA denied Biddle’s application. Biddle then sought an attorney to help her appeal the rejection, eventually leading to NYCHA overturning their decision.

But by the time she was finally able to move into her housing unit, it had almost been two years since she first applied.

Biddle’s story was one of many similar stories that other advocates and domestic violence victims told that day—of waiting months and months, of fearing that they won’t be able to get their housing in time, leaving them with no choice but to return to living with their abusive partners.

Along with the advocates, council member and chair of the committee on public housing Ritchie Torres expressed his worry that NYCHA’s current priority system puts hundreds of homeless families living in shelters ahead on the waiting list, leaving domestic violence victims who are also in need of a home waiting too long to get help.

As part of Mayor Bill de Blasio’s plan to reduce the number of homeless families in the city, in May, NYCHA re-assigned their priority system to move up the preference level of homeless families applying for housing who live in shelters operated by the city’s Department of Homeless Services (DHS).

They now were first on the waiting list, followed by domestic violence victims.

NYCHA plans to house 1,000 homeless families by the end of the year, and then 750 families each year for the next three years.

Torres argued that people living in domestic violence shelters operated by the city’s social services agency, Human Resources Administration (HRA), should also be given top priority to get public housing, since they are also homeless, and may be facing more dangers than the average family in need.

He and other council members were also concerned that the eligibility requirements to apply as a domestic violence victim priority applicant are too stringent.

To prove that an applicant is actually a victim, the applicant has to show proof that he or she experienced at least two incidents of violence—usually through a police report or a court order of protection. If the incident involves a “serious felony,” the rule is reduced to showing proof for one incident only.

But legal advocates said it didn’t make sense for someone to have to get abused twice in order to qualify for housing. Furthermore, many victims of abuse choose not to report their abusers due to fear of retaliation.

“I worry that the system is too rigid and too bureaucratic,” said Torres at the hearing.

NYCHA responded to the council members’ criticisms by saying that they are currently expanding the list of “serious felonies” from 21 types of crimes to 80, which should then reduce the amount of proof for many victims who are applying for priority status. The list will be finalized within several weeks.

UPDATE: Over the summer, NYCHA changed its policy so that domestic violence victims in HRA shelters no longer had to submit police or court documents detailing their abuse in order to qualify as a priority status applicant. An assessment by a social worker was sufficient.

The city agency has also increased the number of domestic violence victims that it houses, from 286 last year to 346 so far this year, according to testimony by Brian Clarke, vice president of operations at NYCHA.

The Mayor’s Office to Combat Domestic Violence is also launching a domestic violence response team this month, called NYCHA DVRT. The program is part of the mayor’s plan to reduce crime in housing projects that have the highest crime rates—since domestic violence-related crimes make up a large portion of the crimes happening in NYCHA public housing.

However, the office’s commissioner Rosemonde Pierre-Louis clarified that any NYCHA resident who is a domestic violence victim can seek help from the program.

Domestic violence-related major felonies make up a third of all major felony crimes that happen within NYCHA housing, according to Clarke.

Although domestic violence crimes in the city grew by 25 percent from 2009 to 2013, they doubled within NYCHA housing during the same period.

CORRECTION: An earlier version of this article incorrectly named the domestic violence response team being launched this month by The Mayor’s Office to Combat Domestic Violence. The correct program name is NYCHA DVRT. Epoch Times regrets the error.