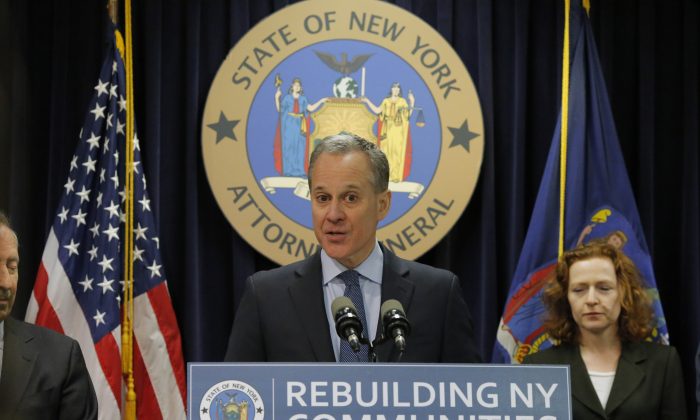 Attorney General Eric Schneiderman issued a statement on April 20 in response to complaints by voters about problems concerning the New York primary the previous day.

Schneiderman said that he was “deeply troubled by the volume and consistency of voting irregularities” that were reported and the Attorney General’s office was opening an investigation looking into the irregularities.

#Breaking: We have opened an investigation into the NYC Board Of Elections pic.twitter.com/2xvVQcjGdh

Early reports by WNYC found that the number of registered Democrats dropped in Brooklyn by 63,558 voters between November 2015 and April 2016. However, new reports say there were 126,000 Brooklyn Democrats that were removed from the list of registered voters.

Clinton Wins New York, but Fight for the Democratic Party’s Soul Goes On

“This is by far the largest volume of complaints we have received for an election since Attorney General Schneiderman took office in 2011.”

The complaints have a root cause in voter disenfranchisement with the Democrat’s closed primary causing confusion and disallowing independent voters, and also telling voters that they weren’t registered.

“Within New York City, the largest share of complaints has come from Kings County, including problems this morning with portions of poll books being missing,” said Benson.

Mayor De Blasio also issued a full statement after numerous reports of voters showing up and not being able to vote:

“It has been reported to us from voters and voting rights monitors that the voting lists in Brooklyn contain numerous errors, including the purging of entire buildings and blocks of voters from the voting lists. I am calling on the Board of Election to reverse that purge and update the lists again using Central, not Brooklyn borough, Board of Election staff,” de Blasio said in a statement Tuesday night.