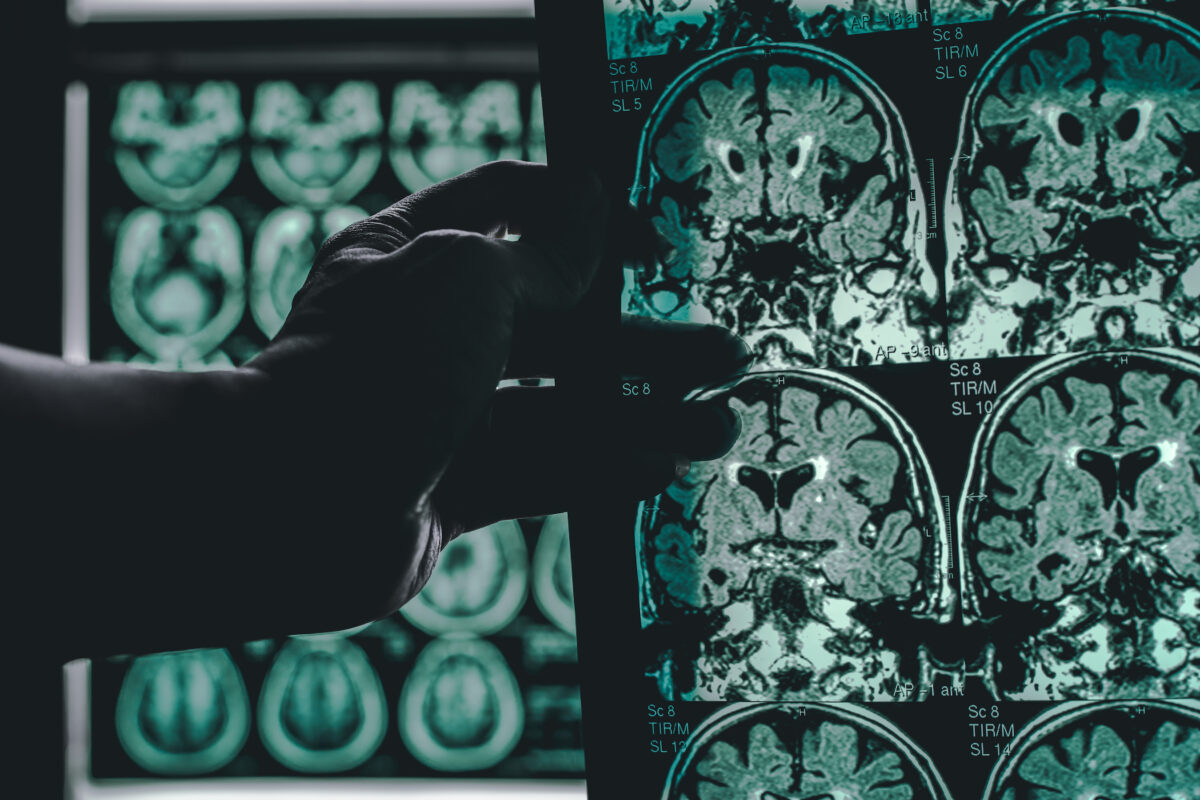 Think twice before popping these pills that shrink your brain, kill your memory and put you in the path of a deadly disease with no cure. One person made an astonishing recovery from severe dementia after quitting multiple meds – including over-the-counter products. Be very careful.

According to statistics for 2019,[1]14% of Americans aged 71 or older have some form of dementia. Alzheimer’s disease, which is the most severe and lethal form of dementia, affects an estimated 5.8 million Americans. Of those, 81% are over the age of 75, but approximately 200,000 are younger than 65. In all, 1 in 10 seniors over the age of 65 has Alzheimer’s dementia.

Due to the high prevalence of dementia and the scarcity of effective conventional treatments, prevention is paramount. I’ve written many articles on this topic, highlighting several of the most important prevention strategies, including dietary recommendations and the need for exercise, sun exposure and avoidance of toxins.

One risk factor that has received far less attention is medication side effects, which we’ll focus on here. One class of drugs shown to be of great concern in this regard are anticholinergics — drugs that block acetylcholine, a neurotransmitter that performs important functions in your brain and peripheral and central nervous systems.

In your nervous systems, it acts both as an activator and an inhibitor,[2] which is in part why it’s used in such a wide variety of drugs. For example, acetylcholine triggers muscle contractions and pain responses, and is involved in the regulation of your endocrine system and REM sleep cycle.

In your brain, it’s a key player in attention, concentration,[3],[4] memory formation and consolidation,[5] which is precisely why these drugs can cause symptoms identical to dementia.

Anticholinergic drugs are prescribed for a wide variety of conditions, including depression, incontinence, diarrhea, dizziness, motion sickness, insomnia, allergies and epilepsy.[6],[7] You can find a long list of anticholinergic drugs and the different conditions they’re used for on seniorlist.com.[8] As reported in a July 2019 article on KHN.org:[9]

“By all accounts the woman, in her late 60s, appeared to have severe dementia. She was largely incoherent. Her short-term memory was terrible. She couldn’t focus on questions that medical professionals asked her.

But Dr. Malaz Boustani, a professor of aging research at Indiana University School of Medicine, suspected something else might be going on. The patient was taking Benadryl for seasonal allergies, another antihistamine for itching, Seroquel (an antipsychotic medication) for mood fluctuations, as well as medications for urinary incontinence and gastrointestinal upset.

To various degrees, each of these drugs blocks an important chemical messenger in the brain, acetylcholine. Boustani thought the cumulative impact might be causing the woman’s cognitive difficulties. He was right.”

As the patient was taken off these medications over a period of six months, she made what appeared to be a “miraculous” recovery; her scores on the Mini-Mental State Exam going from indicating severe dementia back to normal.

A June 2019 study[10] in JAMA that assessed the dementia risk associated with various anticholinergic drugs found the link was strongest for:

A case-control study[17] published in 2018 in the BMJ which, like the JAMA study just mentioned, looked at the effects of various classes of anticholinergics, also found that antidepressant, urological and antiparkinson’s drugs posed the greatest risk.

Similarly, an earlier study,[18] published in JAMA Internal Medicine in 2015, found “Higher cumulative anticholinergic medication use is associated with an increased risk for dementia,” including Alzheimer’s, and that anticholinergic use should be minimized to avoid this medication-related risk.

Overall, high use of anticholinergic medications for three years or more was associated with a 54% increased risk for dementia, compared to nonuse.[19] What’s more, they concluded that this heightened risk remained even after the drug or drugs were discontinued.

According to KHN,[20] a new trial will look into this further, to see whether patients taking anticholinergics whose cognition has already started to decline can regain their brain function, or whether the drugs’ effects have a more permanent impact.

Many Nonprescription Drugs Have Anticholinergic Effects

Importantly, anticholinergics are not just by prescription. Many common over-the-counter drugs contain anticholinergic ingredients as well. These include[21] antihistamine medications sold under the brand names Benadryl and Chlor-Trimeton, sleep aids such as Tylenol PM, Aleve PM and Unisom, the motion sickness medication Dramamine and various cold medicines.[22]

In the case of Benadryl and many sleep aids the anticholinergic ingredient in question is diphenhydramine. In Chlor-Trimeton it’s chlorpheniramine; in many cold medicines, it’s pyrilamine.[23]

Since there are so many different drug ingredients with anticholinergic effects, it can be rather difficult to identify them, making concurrent use of more than one anticholinergic likely in many instances. The end result could be severe dementia-like symptoms, as those experienced by Boustani’s patient.

So, for your own safety, take the time to investigate all medications you take on a regular or even semi-regular basis, including OTC drugs, to identify the ones with anticholinergic effects. Do not assume your doctor will keep track of this or warn you of the dangers of anticholinergics. As noted by KHN:[24]

“‘Physicians often attribute anticholinergic symptoms in elderly people to aging or age-related illness rather than the effects of drugs,’ according to a research review[25] by physicians at the Medical University of South Carolina and in Britain.”

Unfortunately, medication side effects are rarely the first suspect when new disease symptoms appear, which is why it’s so important to do your research and know what the possible side effects are.

A list of anticholinergic ingredients used in antihistamines, antiparkinson’s drugs, muscle relaxants, antiarrhythmics, antidepressants, antimuscarinics for urinary incontinence, antipsychotics, antispasmodics and antiemetics can be found at the bottom of Drugs.com’s “Anticholinergic Drugs to Avoid in the Elderly” page.[26]

The Importance of Choline for Dementia Prevention

Aided by a transporter protein, choline combines with acetyl coenzyme A at the neuron terminal to form the neurotransmitter acetylcholine. Adequate amounts of choline must be available in your brain at all times, in order for your neurons to function properly.[29] Choline has also been shown to protect against Alzheimer’s by:[30]

Other Health Benefits of Choline

Studies have linked higher choline intake to a range of benefits, including a decreased risk of death from heart disease,[42] a 24% decreased risk for breast cancer,[43] and the prevention of nonalcoholic fatty liver disease (NAFLD).[44],[45],[46]

In fact, choline appears to be a key controlling factor in the development of fatty liver, as it enhances secretion of very low density lipoprotein (VLDL) particles in your liver, which in turn are required to safely transport fat out of your liver.[47]Research has also discovered evidence of epigenetic mechanisms of choline,[48] which also helps explain how choline helps maintain healthy liver function.

Are You Getting Enough Choline to Protect Your Health?

While a dietary reference intake value has not yet been established for choline, the Institute of Medicine set an “adequate daily intake” value of 550 milligrams per day for adult men and 425 mg for adult women[49] for the prevention of liver damage.

Keep in mind, however, that requirements can vary widely, depending on your overall diet, age, ethnicity[50] and genetic makeup.[51] Pregnant and breastfeeding women, athletes and postmenopausal women typically need higher amounts, and eating a diet high in (otherwise healthy) saturated fats may also increase your choline requirement.[52]

The tolerable upper intake level for choline is 3.5 grams per day. Side effects of excessive choline include low blood pressure, sweating, diarrhea and a fishy body odor.[53]

Eggs are a primary source of choline in the diet; with 115 mg of choline per egg yolk,[54] they’re an easy way to ensure sufficiency. Other healthy choline sources[55] include organic grass fed beef organ meats (kidney and liver), organic pastured chicken or turkey. Supplementation, including with krill oil, is another option if you’re concerned about getting enough choline from your diet

This article was previously published August 1, 2019, on Mercola.com (now updated with new information)