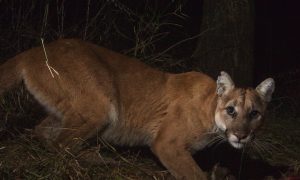 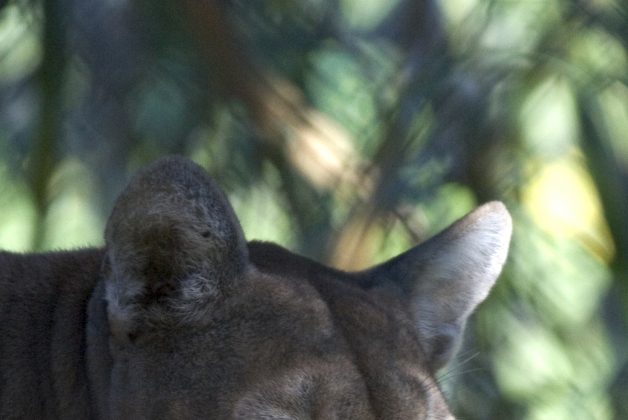 In November, a young male Florida panther became the 20th of these endangered cats to be killed while crossing roads in the state in 2014. Sadly, that breaks the all-time record set in 2012 of 19 panthers.

Once roaming throughout the southeastern United States, today the estimated population of Florida panthersranges from 100 to 180 adults. These animals are restricted to less than 5 percent of their historical range in south Florida after persecution from early settlers and subsequent habitat loss drove them to near extinction. There is good habitat for panthers further north, but losing this many to vehicles is keeping them from getting there.

Although the Florida panther population has grown in recent years, habitat loss and fragmentation remains the greatest threat – and roads criss-crossing otherwise good habitat is a big part of that.

As the panther population increases while more people move into panther habitat, more of these big cats are being killed on roads. And it’s a problem that could only get worse if we don’t start addressing it now. The economy is getting better, which means permits for new development and road expansions are on the rise. Florida needs to do a better job of planning how it uses its land and where it puts roads. We especially want to focus on adding more wildlife crossings where panthers are known to travel.

Defenders weighs in on the planning process for new projects, advocating for wildlife crossings and working to put a stop to poorly-planned projects that would be too damaging to panther habitat. We work to put signs and Roadside Animal Detection Systems in place to alert drivers to watch out for panthers in the area, looking for designs and technology that are innovative, cost effective, and suited to the conditions at each site. We’re also trying to improve incentive programs for landowners so that more Florida residents can help protect and restore panther habitat.

With a few more weeks before year’s end, we are hoping we have seen the last Florida panther death of 2014. In the coming year, we’ll be working hard to ensure that funding raised by Florida’s water and land conservation amendment (approved in November by 75% of voters) will be spent to protect important habitat blocks and connections to give panthers more room to roam.

**Update: We are very sad to report that just this evening we have been notified of the 21st and 22nd Florida panthers killed by  vehicles – a 4-year-old male and a 3-year-old male. **

This article was originally written and published by Elizabeth Fleming, the Senior Florida Representative at Defenders of Wildlife. For the original article and more information, please click HERE.