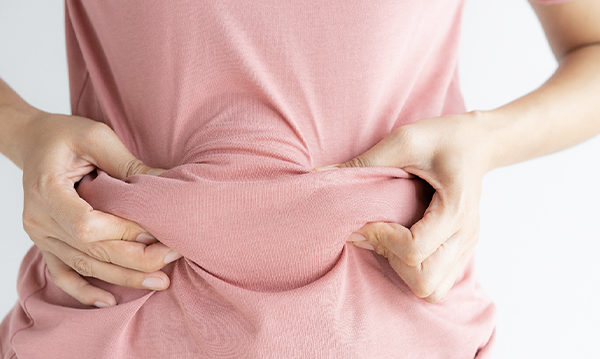 Obesity has become an increasingly serious global problem. Data show that since 1975, the number of obese people worldwide has increased twofold, and more and more people’s lives and health are affected by obesity. Researchers around the world have been trying to explore ways to lose weight. Some progresses have been made lately on how to reduce food intake and accelerate fat breakdown.

According to the World Population Review, in 2022, the global obese population is about 2.1 billion, about 30 percent of the global population, and the number continues to increase. The report uses the body weight index (BMI) as a measurement indicator. A BMI of more than 30 is considered obese, and a normal person’s BMI is between 18.5 and 25.

Obesity not only affects a person’s quality of life, but also increases the risk of developing diabetes, heart disease and certain types of cancer. Obese pregnant women may develop complications that can lead to health problems for both mother and child.

A research team led by The Hong Kong Baptist University (HKBU) believes that the most effective way to deal with obesity is to reduce food intake.

The researchers found that by inhibiting a hydrolytic protease called MT1-MMP, they could increase the body’s sense of satiety and consequently help people to eat less and lose weight.

According to a press release issued by HKBU on May 30 this year, the researchers found that the hydrolytic protease MT1-MMP can inhibit the body’s signal of satiety, causing people to eat more; and reducing the amount of MT1-MMP in neurons can make people eat less.

The findings suggest that MT1-MMP deficiency prevented the mice from becoming obese as a result of eating high-fat foods.

The study found that MT1-MMP activity was increased in areas of the brain involved in appetite and weight management in obese mice, which may be a factor in the increase in body weight. Therefore, the researchers used a pharmacological approach to inhibit MT1-MMP activity in vivo using specific neutralizing antibodies. They later found significant improvements in metabolic parameters including food intake, glucose tolerance, and body weight in obese mice.

The researchers concluded that MT1-MMP could be a potential therapeutic target for the development of innovative drugs for the treatment of obesity.

The research results have been published in Nature Metabolism, a leading international journal.

Another study, published in Nature Metabolism in July 2017, found an interesting relationship between sense of smell and fat burning.

Researchers at the University of California, Berkeley, found that rats with a poor sense of smell burned calories much faster than those with a good sense of smell.

The researchers killed the olfactory sensory neurons of one mouse and used two normal mice as the control group. They fed these three mice high-fat food every day. After a period, the two normal mice became obese on the high-fat diet. In contrast, the mouse that had lost its sense of smell dropped 16 percent in body weight.

At first, the researchers thought that this might have been due to the reduced appetite following the weakened sense of smell in the mouse, and therefore less food intake. However, further analysis revealed that the mouse in the test group and the two mice in the control groups consumed basically the same amount of food.

The most important thing is that most of the weight loss of the mouse that had lost its sense of smell was from fat.

Study on Human Sense of Smell and Weight Loss

A study published in 2020 in Obesity Facts also showed a link between human sense of smell and weight loss.

In the study, participants in the experimental device group wore a nasal plug device (soft silicone insert) for 5-12 hours per day, whereas those in the control group wore two drops of saline in each nostril per day. All participants reduced their food intake by 500 calories per day, with no change in daily activities, and then underwent bi-weekly tests of weight, food preference, sensitivity to smell and blood.

The report concluded that the use of the new nasal plug device could reduce sense of smell, improve insulin sensitivity, reduce body weight, and lower the appetite for sweets in adults under the age of 50.