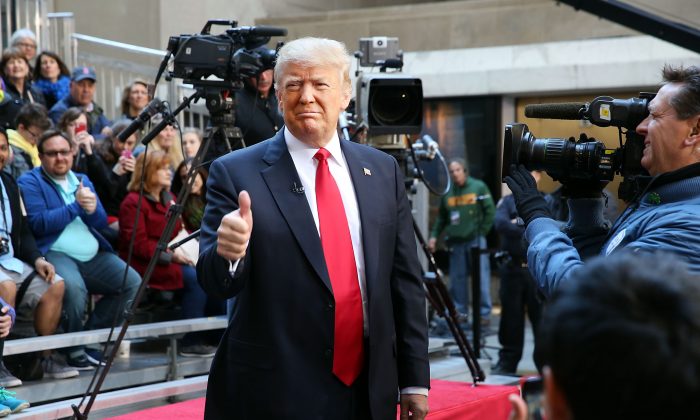 Also leading in Pennsylvania, Maryland, and Connecticut.
By Steven Klett

Donald Trump’s path to solidifying delegates before the Republican Convention in July depends a lot on winning in California on June 7.

In the latest poll numbers by Capitol Weekly/Sextant, Trump is leading in the state with 41 percent, compared to Ted Cruz’s 23 percent John Kasich’s 21 percent.

According to the poll’s results, Trump is leading in every district—from San Diego to Northern California.

Cruz performs strongest in the Central Valley area, though he still trails by 7 percent: 35 percent to 28 percent. Trump leads in the liberal Bay Area, but it’s the relatively moderate Kasich who beats Cruz for second place, trailing Trump 39 percent to 25 percent.

The Texas Senator, when speaking in Irvine, California, invoked Reagan, the former Governor of California, and called the state the “birthplace of the Reagan revolution.”

“And let me tell you, there’s a new revolution brewing.”

The poll shows that Trump leads most among older voters 55 and over with 43 percent of the vote, and is weaker among younger voters.

After winning handily in New York on April 19, the Republican frontrunner has a substantial delegate lead total—845 delegates to Cruz’s 559 delegates.

In order for Trump to secure the nomination, he needs to have 1,237 delegates going into the first ballot of the Republican convention in July.

In other states, Trump also has sizable leads. In Pennsylvania, he’s in the lead by similar margins—with 43 percent according to RealClearPolitics poll averages. In Connecticut, he has 49 percent of the polling average, and in Maryland 41 percent.

All three states go to the polls on April 26.

The poll also surveyed 466 Republicans who have registered so far in 2016. Trump does even better with that group, winning 53 percent of their support, to 21 percent for Cruz and 15 percent for Kasich.