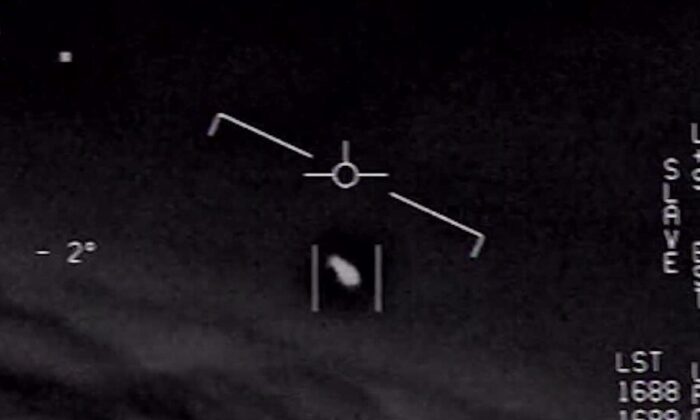 The Pentagon has officially released three short videos showing "unidentified aerial phenomena" that had previously been released by a private company. (Courtesy of Department of Defense)
US News

Bill Nelson, NASA’s recently appointed leader, is a former Florida senator and a spaceflight veteran. In an interview with CNN, he said that even to the higher authorities of the space agency it isn’t clear what the flying objects caught on tape are.

Nelson stated that he doesn’t regard UFOs to be proof of extraterrestrials visiting our planet, saying “I think I would know.” However, he acknowledged that it would be too early to completely discard that possibility.

In addition, former Director of National Intelligence John Ratcliffe said that the number of UFO sightings is “far greater” than the ones that have been revealed to the public.

Ratcliffe appeared on Fox News and said that there is a “need to get explanations” for the observation of objects that were moving at “five times the speed of sound.”

“I think what is important, and people can expect about this UAP report is I think it will talk about the number of sightings, they are far greater than have been publicly disclosed before,” Ratcliffe noted.

“I think there has been leaking there may be as many as 100. I am not going to dispute that number, but what is more important … is that the number of sightings and recordings that have been picked up by what we call multiple sensors—that is visual, radar, ISR, satellite, and you have those under conditions we see UAPs, that explains away visual disturbances or things like that.”

“Here is what troubles me right now, Trey, is, you know, a lot of people say, well, maybe it is Russia or China.” Ratcliffe continued.

“Some things that have been publicly talked about, we know for a fact from intelligence community we have high confidence that things like transmedium properties and hypersonic speed, meaning vehicles that go at five times the speed of sound, or Mach five, Russia and China clearly did not have that in in 2004 when some of these things were sighted and recorded. And so, we need to get explanations for them.”