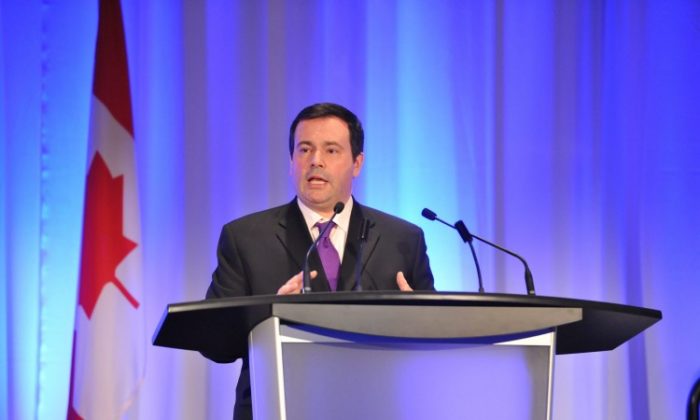 Immigration Minister Jason Kenney says new Canadians should be able to communicate effectively in French or English to participate fully in the Canadian economy and society. (Citizenship and Immigration Canada)
US

People applying for Canadian citizenship will soon have to meet new requirements in language proficiency set by the federal government.

Starting Nov. 1, those aged 18-54 will have to submit “objective evidence” proving their language abilities in either English or French when filing their Canadian citizenship application.

Examples of acceptable evidence include the results of a third-party test approved by Citizenship and Immigration Canada (CIC), completion of secondary or post-secondary education in English or French, or achievement of the appropriate language level in certain government-funded language-training programs.

“Extensive research has consistently shown that the ability to communicate effectively in either French or English is a key factor in the success of new citizens in Canada,” Citizenship, Immigration, and Multiculturalism Minister Jason Kenney said in a statement.

“We believe it is important that new citizens be able to participate fully in our economy and our society.”

Canada already requires citizenship applicants to be able to communicate in one of the official languages. The new changes only affect how this ability is evaluated, as the current assessment is based solely on the interaction of applicants with CIC staff and citizenship judges.

While interaction with officials will continue to serve as part of the language ability evaluation, the new regulations mean that applicants must provide the required evidence upon filing their application.