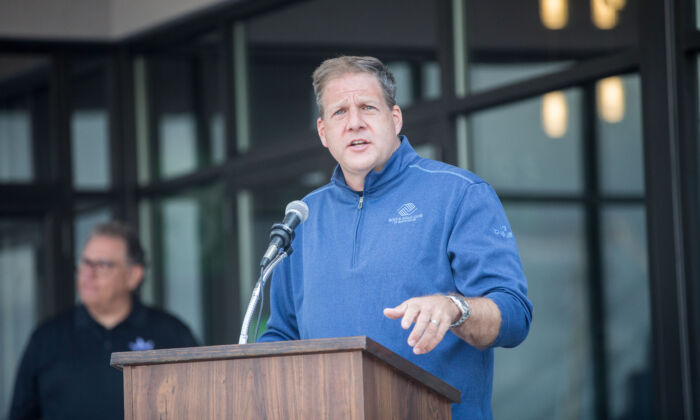 New Hampshire Gov. Chris Sununu Rules Out US Senate Run, Will Try for Another Term

Sununu was widely considered one of the most electable potential Republican candidates to take on Sen. Maggie Hasan (D-N.H.). He told reporters during a briefing that he was intrigued by a Senate run but is opting to try for a fourth term as governor instead of seeking a congressional seat.

“At the end of day, I feel very at peace with this decision. It think it’s the best for the state; I think it’s best for myself,” he said.

Hassan unseated Sen. Kelly Ayotte (R-N.H.) in 2016 and will seek a second term next year. Hassan received 1,017 more votes than the incumbent.

Republicans Don Bolduc, who served in the U.S. Army, and Tejasinha Sivalingam, who describes himself as pro-America, are the only GOP candidates so far.

Sununu said he would endorse a candidate if he supports them but he has refrained from doing so thus far.

Primaries for the 2022 race aren’t yet scheduled.

Sununu said he spoke with senators who told him he’d have to wait around for lengthy periods of time in Washington if he were elected to the Senate for things to get done. He said he wouldn’t be happy with that, comparing it with his job as governor.

“I’d rather push myself 120 miles an hour delivering wins for New Hampshire than to slow down, end up on Capitol Hill debating partisan politics without results,” he said.

The Senate is currently divided between 50 Republicans and 50 Democrats or nominal independents who regularly caucus with Democrats. Because Democrat President Joe Biden won in 2020, the party controls the upper chamber. Vice President Kamala Harris can cast tiebreaking votes in her role as president of the body.

Sen. Ted Cruz (R-Texas) was among the Sununu backers, telling a recent conference that “this man could single handily retire Chuck Schumer as majority leader of the Senate.”