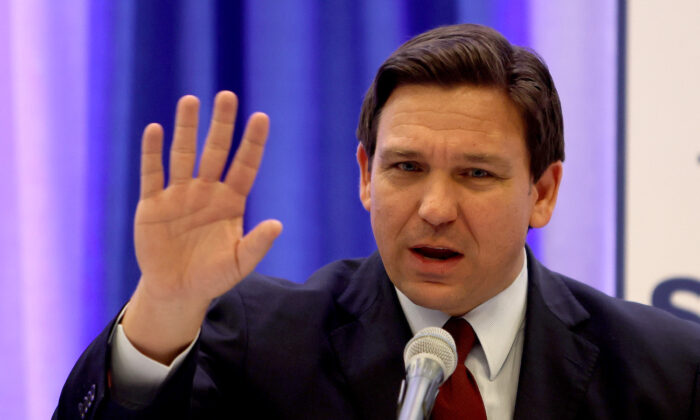 The Florida Board of Education has adopted a new rule that requires public schools across the state to alert parents before allowing any student to use restrooms or locker rooms that don’t match their sex.

Under the new rule approved at a Wednesday meeting, parents must be “fully informed” about how schools separate restrooms and locker rooms. Specifically, if a school board wants to designate those facilities for use by students according to criteria other than their sex at birth, the proposed policy must be first posted on the school’s website and sent to all parents by mail.

In addition, the school must at least tell parents exactly which restrooms or locker rooms won’t be separated by sex, and what kind of supervision will be in place to ensure the safety and privacy of students. The school must also make accommodations so that all students still have the opportunity to use a sex-separated restroom or locker room.

The new rule applies to all public and public charter schools in Florida. Exceptions include single-occupancy restrooms and faculty restrooms that are not accessible to students.

Board chairman Tom Grady said this rule recognizes and protects the parent’s right to be properly informed about the school’s decisions that affect their children.

“What this rule is about, as I understand it, is parental notification,” Grady said. “It’s not mandating what a particular bathroom looks like or doesn’t look like or who can use it.”

Also adopted at the meeting is a rule on how teachers should be punished for, in violation of Florida’s new education law, teaching sexual orientation or gender identity in K-3 classrooms. The new rule states that teachers who “intentionally provide classroom instruction” to students in grades K-3 on those topics will have their teaching license revoked or suspended.

In July, the Florida Department of Education told all 67 school districts in the state to disregard the Biden administration’s new guidance for Title IX, the federal law that bans sex-based discrimination in federally funded education settings.

Biden’s new guidance, however, expands the definition of “sex” to include “gender identity.” This means that schools and colleges could risk losing federal funding if they don’t open restrooms, locker rooms, student housing, and any other sex-separated educational programs to people who claim to have gender identities different from their biological sex.

In a memo sent to state superintendents, school boards, private school owners, and charter school governing boards, Diaz Jr. informed school officials that the guidance issued by the U.S. Department of Education (USDOE) is “not binding law, do not create any new legal obligations, and should not be treated as governing law.”

“To the extent that you do any of these things, you jeopardize the safety and well-being of Florida students and risk violating Florida law.”