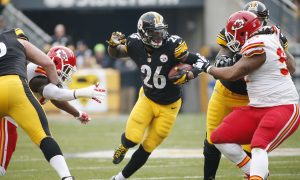 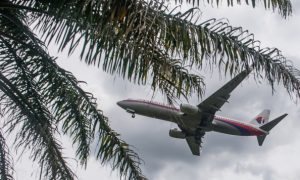 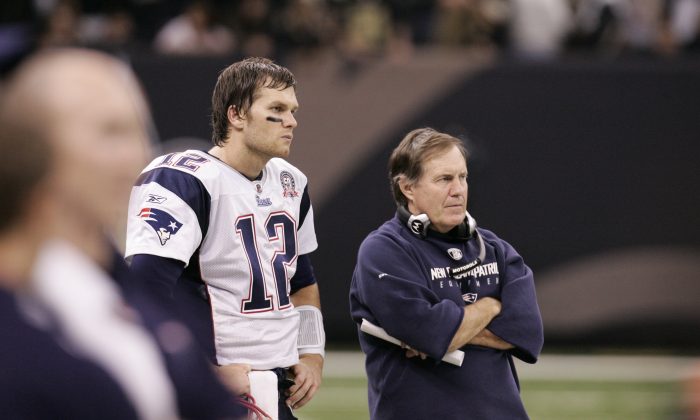 After New England Patriots-affiliated staffer filmed the sideline of an opposing team, the team could face a significant penalty.

The Patriots confirmed the staffer was filming the sideline of the Cincinnati Bengals-Cleveland Browns game last week as part of the team’s “Do Your Job” web series, which was profiling an advanced scout. Head coach Bill Belichick also said the staffer has nothing to do with the team’s operations.

But New England could lose at least one draft pick and a fine for the filming, CBS Sports reported on Sunday. An “upper management” employee with the Patriots could also face a suspension.

The potential punishment will be meted out following an NFL investigation into the matter, according to the report.

The Patriots are considered a repeat offender of the league’s policies on filming. More than a decade ago, the team was fined for filming the New York Jets’ coaching signals, and the team was caught deflating footballs in 2015, which led to the suspension of quarterback Tom Brady.

The Patriots admitted that a production crew member shot video footage during the Browns-Bengals game, saying the crew member didn’t know that what they were doing was against NFL rules. The Bengals and Patriots play Sunday.

The Athletic reported that the filming went on for about 8 minutes. Fox Sports also reported that a video emerged Sunday of a Bengals security guard confronting the Patriots videographers.

“And this is a piece you’re filming on your advanced scout?” the Bengals’ security guard asks. “Yeah,” the Patriots videographer replies.

“Come on guys!” the security guard tells them. “I don’t see the advanced scout in this footage.”

The staffer then says he was attempting to gain a “field perspective,” but the guard replies, “The damage is done my friend.”

The Bengals security brought over NFL security, the video was confiscation, and it was later handed over to the league.

The Patriots issued a statement after the reports of the video emerged.

“The sole purpose of the filming was to provide an illustration of an advance scout at work on the road,” the statement said. “There was no intention of using the footage for any other purpose. We understand and acknowledge that our video crew, which included independent contractors who shot the video, unknowingly violated a league policy by filming the field and sideline from the press box.”

The team said it will “accept full responsibility for the actions of our production crew at the Browns-Bengals game.”

What’s more, the Patriots staffers informed the Browns but didn’t tell the Bengals or the NFL about the filming.

NFL commissioner Roger Goodell confirmed an investigation into the incident is underway.

“Obviously it’s under review,” Goodell told reporters in Dallas on Wednesday. “We’re gonna be thorough and we’re gonna get all the facts and we’ll go from there.”

Goodell appeared to suggest that the Patriots’ “Spygate” and “Deflategate” history will factor into their investigation.

“Of course, that’s a factor. The key things are the new information that we have. That [old] information we obviously already have. But, I think the issue is what information do we have from this incident?” he said, WEEI reported.

Belichick told WEEI that the team’s football operations have nothing to do with the “Do Your Job” program.

“They 100 percent know. All of our scouts, all of our video people and everything, they know what that is,” Belichick said, via ESPN. “Again, I have nothing to do with the TV production shows and stuff like that. I have no idea what they do. Or what their projects are and everything else.”