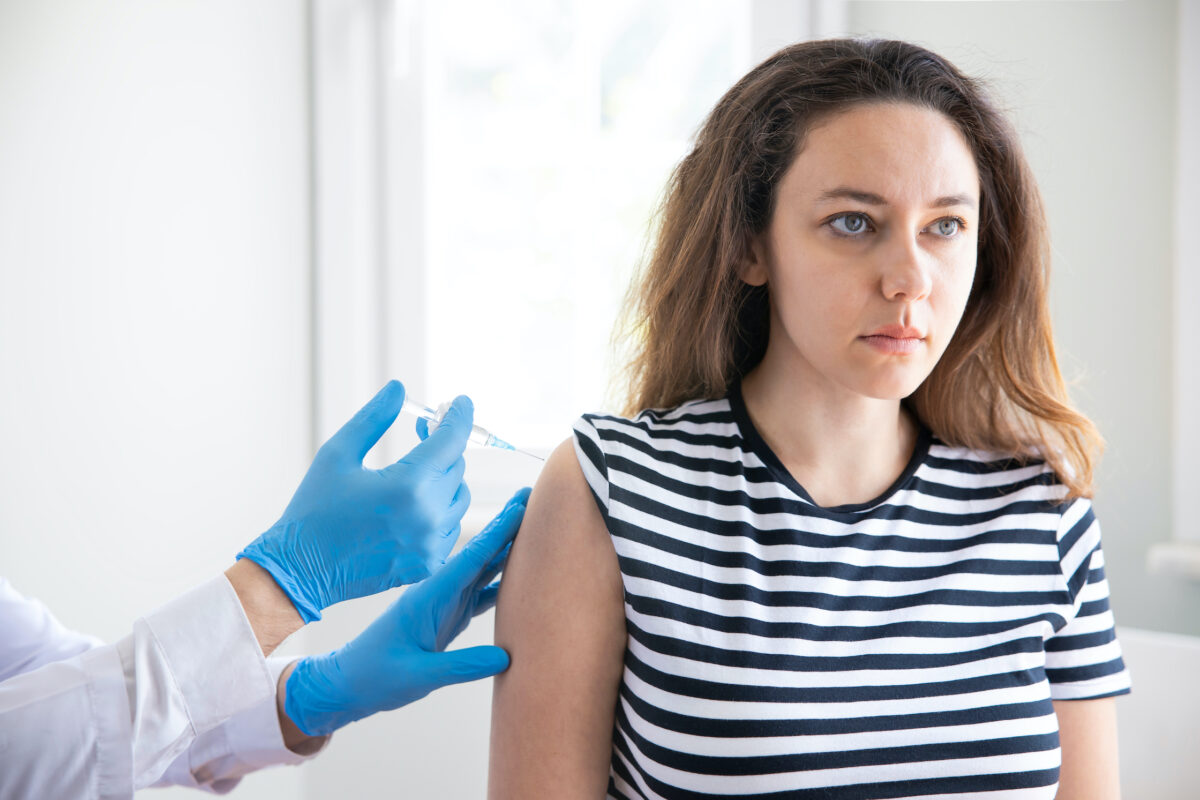 New vaccines may block the brains of drug users from getting high from their favorite drug, but that scenario raises other concerns. (Ahmet Misirligul/Shutterstock)
Medicine

Certainly addiction is a huge problem, with opioid addiction leading the way, taking more than 140 American lives per day, in part because lethal fentanyl is being peddled. Addiction to other drugs, including meth and, of course, alcohol, also has tragic and often deadly consequences.

The quest for an anti-addiction vaccine began in earnest when Drs. Nora D. Volkow, NIDA director, and Francis S. Collins, then-NIH director, called on scientists and industry to help develop vaccines specific against opioids in a New England Journal of Medicine Special Report in 2017. The quest for such treatments continues.

How exactly do anti-addiction vaccines work? According to Chemical and Engineering News, in the case of heroin, the vaccine “would stimulate a person’s immune system to produce antibodies that bind to heroin. The antibodies would block the drug from crossing the bloodstream into the brain, stopping the person from experiencing a high and preventing a relapse.”

In short, these antibodies “would shut down the narcotic before it could take root in the body, or in the brain,” according to The New York Times.

While many medical voices salute such vaccines and hope that they become available, others are more skeptical. Some point out that, like the alcoholism treatment Antabuse (disulfiram), which causes a person to get sick if they imbibe, a vaccine requires motivation on the part of the addicted person—they have to want to stop.

An anti-addiction vaccine will likely require continued motivation, such as a potential anti-cocaine vaccine discussed in the journal Clinical Pharmacology & Therapeutics, which might require “six additional boosters given as one every 3 months,” to produce “a period of protection lasting 2 years.”

If the addict craves the escape the high provides and isn’t ready to face the world without it, a vaccine is only part of the solution. The addict could just find a different drug.

And there are other challenges. Addicts might simply use more of a drug to override the vaccine effects, Angela Garcia wrote in the Los Angeles Times. The vaccines may even be forced on addicts or their children, Garcia said, a concern echoed in the BMJ’s Journal of Medical Ethics.

Many critics of the vaccine are uncomfortable with the biological approach to addiction embraced by NIDA, which can overlook the root cause of the addiction, which often comes back to previous trauma.

“We have identified many of the biological and environmental factors [of addiction] and are beginning to search for the genetic variations that contribute to the development and progression of the disease,” Volkow, NIDA’s director, said in 2007.

A flier promoting Volkow’s presentation to the Commonwealth Club of California in 2013 reads that she believes “that all addictions can be eliminated if the brain’s receptors can be controlled.” Some regard such remarks as Orwellian or disturbingly similar to the more subtle dystopia envisioned in “Brave New World.”

If addiction can be solved in the brain, what other socially undesirable diseases may we be inclined to treat? And after COVID-19, what penalties might an individual face if he or she refuses?

NIDA’s “brain disease” model not only enriches psychiatric drugmakers and Big Pharma, but it ignores all the societal reasons for drug addiction.

“Even the most effective anti-addiction vaccine can’t cure the underlying factors that make people prone to using drugs, including poverty, violence and lack of opportunity,” Garcia wrote. “[The] underlying issues of addiction causality, including inequality, hopelessness, and the human desire for pleasure, cannot be addressed by a vaccine alone.”

Certainly drug addiction has features of a social disease, and the areas where it’s concentrated reveal something about our broader culture and the daily conditions in which people find themselves. People don’t seek the escape of drugs or alcohol for no reason at all, and some do become addicted. Nor should we ignore the fact that even as lawsuits against opioid makers and sellers have proceeded, the opioid treatment drug Suboxone was a top seller in 2018 with sales of $859 million.

Drug addiction can clearly be a drug industry profit center.

Treating addiction as a brain disease has other risks, according to an editorial in the journal Addiction. It can deemphasize social and psychological influences.

“Depicting addiction as a ‘brain disease’ could privilege the development and use of expensive and sometimes risky medical interventions, such as drug vaccines and deep brain stimulation, to the neglect of proven social policies,” the editorial reads. “The idea that addiction is a ‘brain disease’ might also lend itself to the view that we should identify the minority of people who are most susceptible and subject them to individually focused preventive measures (e.g. vaccines) rather than using strategies that target the entire population.”

Another issue that The Epoch Times recently covered is the positive effects that a sense of free will and self-efficacy exert on many, perhaps most health conditions, versus the feeling that nothing can be done.

Several studies have indicated that a person’s sense of self-efficacy—that they have the ability to affect the course of their life through their own choices—is an important factor in recovering from addiction.

If addicts believe a medical professional or injection can cure their addiction, it further removes their sense of self-control and could lead to unintended consequences.

Research published in the journal Culture, Medicine, and Psychiatry in 2021 concurs about the problem of addicts abdicating personal responsibility.

“While NIDA’s neurobiological understanding of addiction has been crucial in advancing pharmacotherapeutic interventions and advocacy for people experiencing problematic substance use, it can nevertheless be internalized by people such as Vivian [a cited case] who understand their chronic relapse as ‘just part of being an addict,’” the article reads.

Like other voices, the article in Culture, Medicine, and Psychiatry notes that epidemics of drug use aren’t uniformly found among different groups of people and can be linked to “chronic experiences of dispossession and postindustrial decline and dislocation.”

On a brighter note, the researchers noted that NIDA may be enlarging its very limited brain-and-vaccine model of addiction and integrating social and environmental factors into a more  “biopsychosocial model” that recognizes the “complex interactions between biology, behavior, and environment.”

“Anti-addiction vaccines aren’t intended to be used on their own, nor would they work that way,” an article posted by the Texas Addiction Treatment Centers reads. “They are designed to be a part of a comprehensive treatment plan that incorporates other evidence-based treatment methods and behavioral therapies like cognitive behavioral therapy, 12-step therapy, or individual and group counseling sessions.”

Will Anti-Addiction Vaccines Take Off?

So far, human trials with vaccines against nicotine and cocaine in 2008 were failures, Ivan Montoya of NIDA said in 2018. This didn’t bode well for newer vaccines.

But if anti-addiction vaccines succeed, another issue may arise. The COVID-19 vaccines have revealed a lack of firewalls between government officials and industry. Volkow has personally collaborated with five pharmaceutical companies in research that seeks to help translate “basic information … into Food and Drug Administration–approved treatments.” This appears to be a serious conflict of interest. While faith-based and 12-step recovery programs are free, the search for high-tech treatments such as anti-addiction vaccines promises lucrative windfalls to drugmakers, which should be concerning to us all.

And given that the current opioid crisis can be directly linked to the misleading claims of drug makers when they marketed those products and the continued over-prescription of those products, the fact that this massive social epidemic could become a major source of profit for some of the same companies is unethical, to say the least.