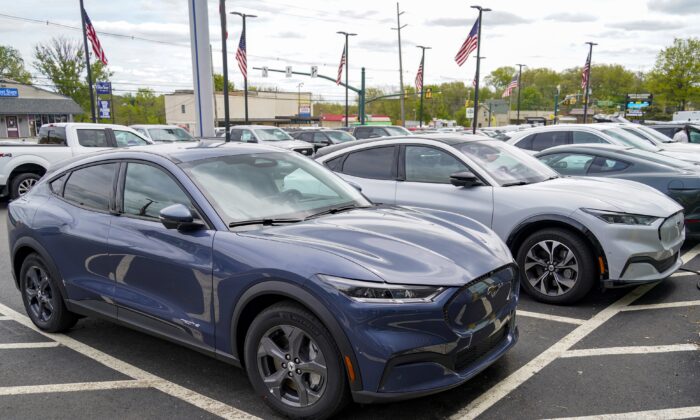 New Auto Sales up in 2021, but Long Way Before Full Recovery

DETROIT—U.S. new vehicle sales rebounded slightly last year from 2020’s dismal numbers, but forecasters expect them to be more than 2 million below the years before the coronavirus pandemic.

The reason? Although there are plenty of customers who want to buy new vehicles at hefty prices, there still aren’t enough computer chips available for the industry to fully crank up its factories. So supplies are short, prices are high, and many customers can’t get what they want.

“Demand is not off at all,” said Michelle Krebs, executive analyst for Cox Automotive. “What is off is sales, because the inventory doesn’t exist.”

Cox expects 2021 sales to be 14.9 million vehicles, up 2.5 percent from 2020, the year the pandemic hit the U.S. and forced the industry to shut down for eight weeks. But over the five years before the pandemic, sales averaged 17.3 million.

Among the hardest hit by the chip shortage was General Motors, which was unseated by Toyota last year as the nation’s top-selling automaker for the first time.

GM on Tuesday reported that last year’s U.S. sales fell nearly 13 percent from 2020 levels to just over 2.2 million. Toyota, on the other hand, saw its sales rise 10.4 percent to just over 2.3 million.

Like other automakers, GM was forced to temporarily close factories during the year as it struggled to get semiconductors, especially early in the year. Krebs said she isn’t sure if GM will be able to unseat Toyota this year because Toyota has managed the chip shortage better and has a faster distribution.

Among other automakers reporting full-year sales numbers were Honda, with an 8.9 percent increase, and Hyundai, which saw an 18.6 percent jump.

Analysts and industry executives expect chip supplies to slowly improve this year, with more available in the second half. But it’s not certain when they’ll get back to pre-pandemic levels. The average gas-powered vehicle has about 1,000 chips, and electric vehicles can have more than double that number.

“We’re seeing 2022 as being an improvement over 2021, but it’s not going to start January third or fourth,” he said, adding that the second half should be better than the first.

There are signs that the number of vehicles on dealer lots is growing, though. It rose to more than 1 million last month for the first time since August, Krebs said. But that’s still 1.5 million below 2020 and 2.5 million fewer than in 2019.

Cox is predicting that U.S. new vehicle sales sales will increase by more than 1 million this year, to around 16 million.

Amsrud attributed the vehicle inventory growth more to automakers managing the chip shortage better, rather than any dramatic growth in chip supplies. Many have diverted the chips they get to more expensive models with higher profit margins.

Because of strong demand and low supplies, J.D. Power says the average new vehicle price rose to $45,743 in December, 20 percent higher than a year ago and the first time it finished above $45,000.