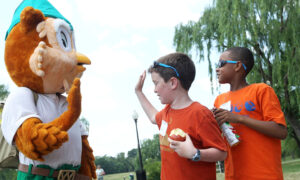 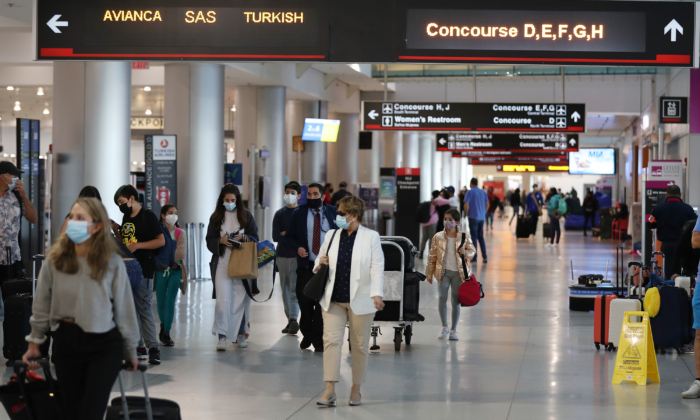 There may be more effective interventions to control the spread of the CCP virus in the United States and elsewhere than government-ordered mask mandates, the authors of a new study say.

The 25 U.S. counties with the highest number of officially reported cases of CCP virus, which causes the disease COVID-19, have rigorous mask mandates in place, as do 97 of the top 100, according to the study by the Heritage Foundation.

“From October 1 through December 13, the U.S. saw an increase of 8.8 million confirmed COVID-19 cases,” the conservative foundation’s Center for Data Analysis (CDA) reported in a study made public on Dec. 27.

“Of the 100 counties with the most confirmed cases during this period, 97 had either a county-level mask mandate, a state-level mandate, or both,” CDA said.

Among this group of 97 counties, 87 began their mandate before October. In the remaining 10 counties, five issued their mask mandate in October, and five did so in November.

A number of the mandates that took effect in October or November represented even tighter controls than had previously been in force in those counties, according to CDA.

The 100 counties represent slightly more than 39 percent of all U.S. CCP virus infections and account for just under 40 percent of the nation’s total population.

The study was based on data supplied by USA Facts, a nonpartisan data compiler used by the Centers for Disease Control and Prevention (CDC), among other federal agencies.

The study authors claimed that “these findings do not deny the efficacy of mask-wearing per se. Nor should they discourage the practice. Instead, they point to the inadequacy of public health strategies that rely predominantly on lockdowns and mask mandates.

“Governments should undertake more effective interventions. These include adopting better measures to protect nursing home residents, enabling nationwide screening through the widespread use of rapid self-tests, and establishing voluntary isolation centers where infected people can recover, rather than exposing their families to infection.”

Former Vice President Joe Biden has expressed enthusiasm for a national mask mandate if he becomes president, but such an approach would encounter bipartisan opposition in Congress, according to Rep. Ted Budd (R-N.C.).

“Aside from the fact that a nationwide mask mandate is unconstitutional, I think the American people are smart enough to know when they need to wear a mask and when they don’t. We can all walk and chew gum at the same time,” Budd told The Epoch Times.

Currently, 14 members of Congress are also physicians, including 11 Republicans and three Democrats.

Rep. Andy Harris (R-Md.), a practicing anesthesiologist, told The Epoch Times on Dec. 29 that he would also oppose a mandate.

“I would oppose it on two grounds. One is constitutional grounds and the other is scientific grounds. There just really is no evidence that a mandate absolutely would make a huge difference,” Harris said.

“Social distancing and protecting the vulnerable might be much more important than mask mandates, and I’ve signed the Great Barrington Declaration because I think that is probably the way we should begin thinking about this pandemic.”

He was referring to the statement made public in October declaring that “Current lockdown policies are producing devastating effects on short and long-term public health. The results (to name a few) include lower childhood vaccination rates, worsening cardiovascular disease outcomes, fewer cancer screenings and deteriorating mental health.”

The statement claimed current lockdown policies are also “leading to greater excess mortality in years to come, with the working class and younger members of society carrying the heaviest burden. Keeping students out of school is a grave injustice.”

The statement was written by Dr. Jay Bhattacharya, Dr. Sunetra Gupta, and Dr. Martin Kulldorff, who wrote it together while at a meeting at the American Institute for Economic Research in Great Barrington, Massachusetts.

Since it was posted on the internet on Oct. 4, 39,544 medical practitioners have signed the Great Barrington Declaration, as have 13,084 medical and public health scientists.

Even so, Murphy said, “while it is by no means perfect, it is one of the pieces of the puzzle that we’re using, to use my surgeon’s talk, ‘to get the hell out of this epidemic.’”

Murphy acknowledged that wearing masks can be inconvenient and “may give some people a false sense of security, but I have yet to see anybody die from a mask, and why not, if it could give a small chance of helping somebody else out, why not just wear one?”

Even so, Murphy said he opposes a mandatory national mask edict.

Spokesmen for the three House Democrats who are physicians—Reps. Ami Bera of California, Paul Ruiz of California, and Kim Schrier of Washington—didn’t immediately respond to a request by The Epoch Times for comments on the Heritage study or a potential national mask mandate.