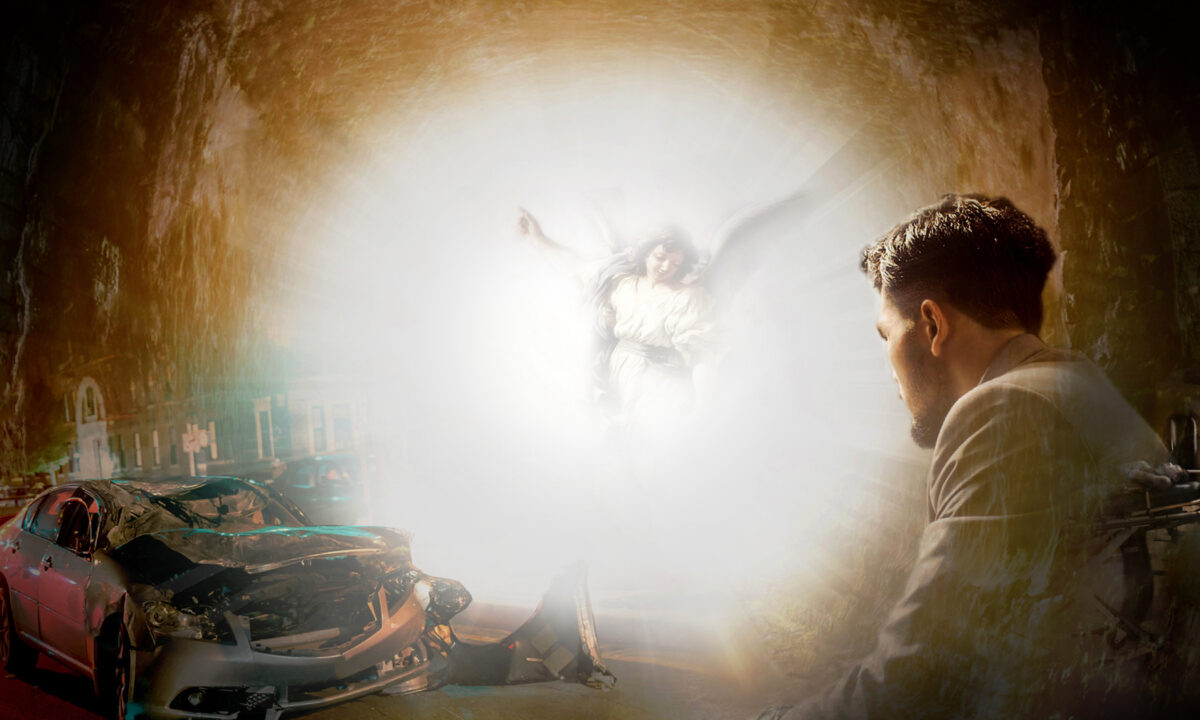 Neuroscientists Aim to Explain Near-Death Experiences Without the Soul—but Fall Flat Every Time, and Here’s Why

Near-death experiences (NDEs) have been reported throughout the ages by those who’ve brushed close to the precipice of life—or thought they did—and returned to tell the tale.

Though these experiences are not all identical, they have many distinctive hallmarks: seeing a tunnel of light; seeing loved ones who have passed away; feeling bliss or euphoria; having a heightened sense of cognition; feeling a sense of great love; reviewing one’s whole life, often in a very short period of time; and feeling as if the soul has left the body. NDEs also tend to transform the lives of those who have them—compelling them toward becoming better people.

Such profound and enticing experiences have provoked the question of whether we truly do have souls, or if our consciousness is merely a product of the brain. As brain science advances, there are an increasing number of claims that NDEs can be explained by neuroscience alone, negating any explanation of a soul being involved.

But how well do these explanations from neuroscience stand up to scrutiny from a scientific standpoint—or any standpoint for that matter?

One key fact to note is that about half of NDEs occur when individuals think they are going to die but are not medically close to death; for example: someone falls off a building and thinks they are going to die, but then only sustains minor injuries. This means if we’re looking to the brain to explain all aspects of NDEs, we require, in addition to accounts where there is no real threat of death, an explanation that includes situations where a person is actually dying.

A common explanation that some scientists have advanced is that when the brain is deprived of oxygen, one can expect various patterns of response, particularly a sense of bright light in one’s center of vision. This kind of experience can indeed be induced by a lack of oxygen, but not all NDEs involve anoxia, yet many still experience a tunnel of light.

Furthermore, when oxygen is restricted from the brain, it starts firing rapidly in a disorganized fashion—it’s not working properly. From our knowledge of the brain, we wouldn’t expect an orderly experience in this state, but a jumble, perhaps akin to what one might see in seizures or in a psychotic episode.

But what is seen are vivid, coherent, transformative experiences—people report that their NDEs feel “more real than real;” they feel freedom, a deep sense of understanding of the universe, and like they have never been happier. This can happen in the brain both when in immediate danger or under severe duress caused by a life-threatening situation, as well as when no threat is apparent.

Interestingly, when the brain is close to death, a higher incidence of cognitive enhancement has been detected—the mind feels unfettered and is able to process thoughts faster than usual. But that we would find enhanced cognition under deprived conditions does not square with our understanding of brain function.

Another brain-based explanation, for the out-of-body experience (OBE) portion of NDEs, is of a misfiring in the temporal-parietal junction, a region of the brain thought to be responsible for forming one’s body concept.

Evidence that this region is somehow responsible for a feeling of leaving the body and perceiving nearby surroundings—sometimes nearby rooms or locations—does not hold well. The study mentioned most frequently, by Blanke and colleagues, is based on one patient whose explanations indicated that, though she felt like she was outside her body, she only saw her legs and trunk—which would have been visible inside herself.

The study demonstrated that electrically stimulating said part of the brain can cause the feeling of not being in one’s body, but it doesn’t produce any of the other perceptual qualities of an OBE: seeing one’s entire body, floating around the room, and seeing the surrounding environment.

Explanations are also lacking in the NDE phenomena of life review—where one’s entire life seems to flash before one’s eyes, sometimes even in great detail, often leaving a feeling of remorse for selfish acts or satisfaction with good deeds done in life.

An explanation published in Scientific American, by Charles Choi, suggests that the brain region responsible for this life review is likely the locus coeruleus, an area related to stress and connected to areas that process emotion and memory. Then, if that could cause an entire life’s worth of memories to come flooding back at a moment of near-death—or when death is thought imminent—why would it not during other times of extreme stress? How does it explain the transformative insights that often accompany NDEs?

Another article, by Mobbs and Watt, appearing in Trends in Cognitive Sciences, explains this life review by citing one patient who exhibited REM (rapid eye movement, a characteristic state during dreaming) during an NDE. They concluded that life review is probably related to REM because it happens during NDE and is associated with consolidation of memory.

One flaw with that is that REM has only been shown to be involved with the consolidation of procedural memories—like learning a new skill, such as riding a bike—and not for episodic memories that constitute one’s whole lifetime, as revisited in a life review.

Another issue is, just as with the out-of-body example, it is based on only one patient’s results.

Mobbs and Watt explain the appearance of passed loved ones with examples of people who have extreme Parkinson’s, who have been known to hallucinate about headless corpses, monsters, and ghosts, as well as dead relatives. Parkinson’s involves a problem with areas of the brain that produce the neurotransmitter dopamine; the authors suggest that such hallucinations arise from such a dopamine imbalance.

The problem is that almost all NDE cases report positive experiences, feelings of love and bliss—not macabre scenes like headless corpses. While there are some cases where people have experienced something like hell or demons, the majority are not this way.

Additionally, Parkinson’s cases accompany an awareness that hallucinations are just that, whereas those involving NDEs exhibit a heightened sense of reality.

Another explanation posited for NDEs is confabulation—that such experiences are concocted by the mind to explain a gap in consciousness. This theory was submitted by biologist P.Z. Myers, a noted NDE skeptic.

Myers says that when people come back from clinical death and recount a story, it doesn’t necessarily mean they were conscious at the time of clinical death; it could just be the brain’s way of accounting for the lost time. He claims, in an article posted on Slate, that this is the “the default understanding by neuroscientists of how the brain works.”

This explanation exhibits what other neuroscience explanations have: About half of NDE subjects didn’t involve truly life-threatening situations; they didn’t go unconscious at all, thus there’s no gap to account for.

Confabulation, in scientific literature, exhibits fantastic or extraordinary events—which NDEs are regarded as—and so at first seems like a plausible explanation. The problem is, it only occurs in those with severe memory problems.

Those who have recently suffered some sort of brain trauma and may have trouble both learning new information and remembering old information may confabulate stories to explain things. These can be quite fantastical (such as someone’s professing to be a space pirate) but they share little in common with NDE-type experiences.

Additionally, confabulation fades over time. And, the stories change. Furthermore, they don’t have any qualities of ineffability, a hallmark of NDEs—that is, people try to explain what they went through, but acknowledge that words are inadequate for describing the experience.

Thus confabulation, as an explanation, might sound plausible but doesn’t fit with what’s known about that condition, and does not account for half of NDE cases.

There is merit in explaining phenomena such as NDEs through known mechanisms to check the veracity of what people claim transforms their lives—and for the better—while, at the same time, offering potentially vast benefit to all of humankind.

It is, likewise, not wise to employ “known mechanisms” as a tool to shoot down what might be useful, seeking instead to preserve fetters and dogmas, ossified and corrupt, within scientific institutions.