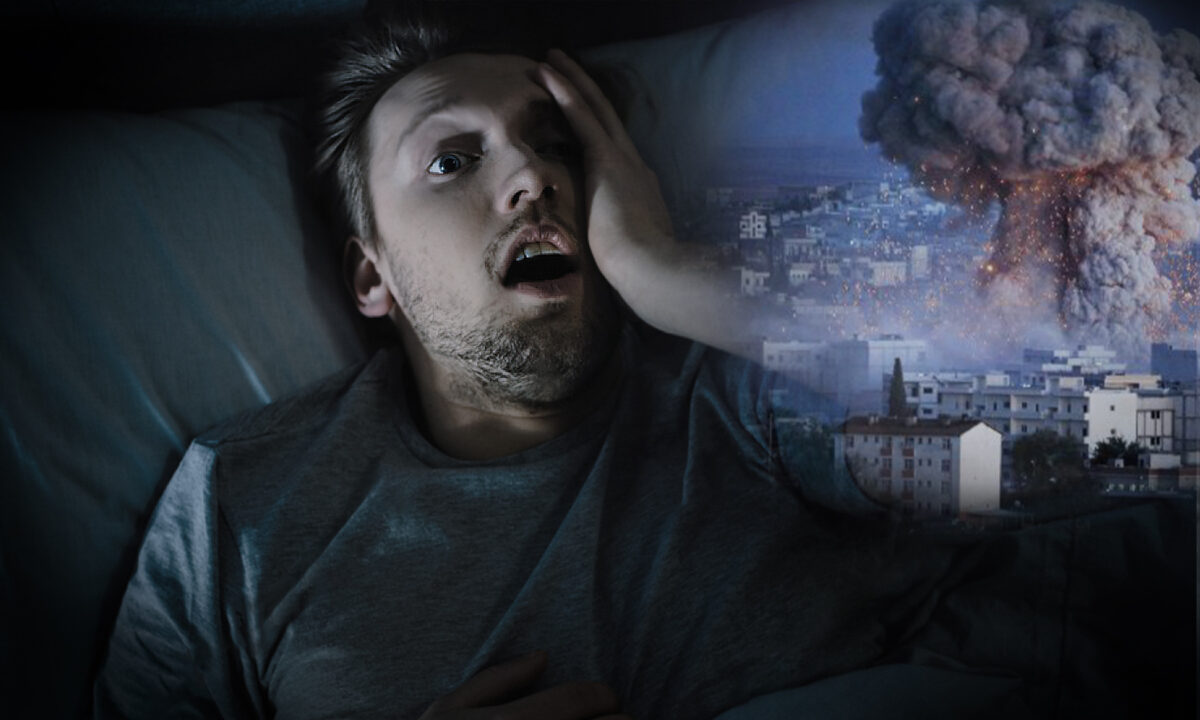 There are rules in the physical world that don’t apply to the mental one. In a dream, you can fly. One can imagine a squirrel talking to one’s self. The realm of dreams and imagination is, however, often thought to be self-contained, with no tangible bearing on the real world.

But the study of precognition in dreams has taught cognitive neuroscientist Dr. Julia Mossbridge otherwise. She defines the term “precognition”, as “a kind of mental time travel into the future to get information.”

Is It Possible to Time Travel Mentally?

Tulving, a professor of Torento university, believes not only we remember the past events, but we remember the future. In fact, it is an ability of our memory to travel in time, and this ability is restricted to human while animals fail to picture the future in their mind. Actually our brain uses the past experiments to predict the future. That is how out memory involves in time traveling.

“We’re just so used to applying the rules of the physical world to the mental world that we don’t really get it that there are different rules. That’s a different domain,” she said.

Precognitive dreams suggest the mind doesn’t follow the rules we usually apply in the physical world, she added.

Before going deep into the subject, let’s see what we call time traveling.

What Is Time Traveling?

Generally speaking, time traveling is defined as going backward in time or jumping to a certain point in the future. Although it cannot happen this way, scientists borrow Albert Einstein’s theory of relativity and admit the possibility of “time dilation,” which relates to our perception of time. NASA also is studying wormholes to find a way to time travel. On the other hand, phycologists bring up the phrase “mental time travel.”

Mossbridge has been working with physicists and psychologists to figure out the rules of mental time travel. Her book, “Transcendent Mind,” co-authored with Dr. Imants Barušs, was published by the American Psychological Association in 2017.

Having a major scientific institution publish her book is a significant step forward for scientists who have seriously studied precognition, a “shared mind,” and other phenomena that suggest the mind exists beyond the brain.

Mossbridge’s personal experience with precognitive dreams started her on this research journey. She said that one such dream “knocked my socks off.”

She recounted having had a dream that accurately predicted an event in great detail.

At the time she had the dream, she was going through a divorce. She had a 5-year-old child and didn’t know where they would live. She thought of an area where she used to live and decided it would be nice to return there.

In the dream, she called a landlady whom she knows in the area. This landlady told her she had a two-story rental property available. The upstairs unit had been recently refurbished and was already occupied. The downstairs was being refurbished and would be ready in two months. The landlady said she could show Mossbridge around the upstairs so she could get an idea of what the downstairs would look like when finished. If Mossbridge were to sign the lease right away, she could pick the color of the paint.

In waking life, after the dream, Mossbridge didn’t call the landlady; she encountered her by chance instead. But several other minute details of the dream came true: the two-story property, the refurbishing, the two months until the bottom floor would be finished, picking the paint color—all of them.

The first precognitive dream she recalls was one she had as a child. She dreamt that her friend lost her watch on the playground, and it happened the next day. It was a mundane event, but looking back, it seems pertinent to Mossbridge. The watch, representing time, became a topic central in her research later in life.

As a scientist, Mossbridge asks herself whether this is all confirmation bias. In science, confirmation bias generally means interpreting information in a way that confirms a preexisting belief. A meaningless dream could be “precognitive” if one looks back on it and intentionally searches for connections to events in waking life.

That’s why Mossbridge tests things scientifically. Experiments, she discovered, have shown that people sometimes unconsciously know what’s going to happen in the future.

She conducted a meta-analysis of experiments from seven independent laboratories, indicating that the human body reacts to future stimuli. When something is about to happen, a person unconsciously already knows about it. This unconscious response can be tested in a lab by measuring reactions in the nervous system, sweat glands, or heart rate.

Mossbridge described how this presentiment works in an analogy of a stick being dragged through water. The stick, representing an event, causes ripples on either side of it, representing the emotional disturbance we feel from the event. Ripples in front aren’t as pronounced, but those behind are larger. Similarly, the emotional response to events is more subtle before the event occurs than after.

She has also worked on experiments to show that people can use remote viewing and precognitive dreaming to predict stock market events and even terror attacks.

Predicting mass shootings or bombing attacks could be especially helpful in society. In 2015, Mossbridge had a precognitive dream about an ISIS bombing in Kuwait.

The dream occurred the same night it happened, and a lot of the details lined up. She saw it happening during a midday prayer; she saw the number 27, which was the number of people killed; she saw the letters “IS,” which stands for Islamic State. Some of the details didn’t align, though; she thought it was in Israel, not Kuwait.

Nonetheless, Mossbridge thinks that if people could share their premonitions on an online registry, it might help. If the registry received dozens of premonition accounts, all matching up in certain aspects, it could indicate an event is likely to occur.

People could avoid a certain location if enough people premonish the event at a particular time and place.

She also envisions a future with a central premonitions registry.

Although there have been some attempts to create such a registry, Mossbridge said, “They don’t seem to catch on because people can’t be out of the closet with this stuff. People are scared. If I were to tell someone about that dream about the bombing, if it was too much detail, they might be coming up to my house and saying, ‘So, you did this bombing.’”

According to Mossbridge, since we don’t know how to deal with such information yet, we call people who make premonitions crazy, or “more generously,” they are “seeing coincidences as something that’s meaningful, but they’re just coincidences.”

Thinking about time and transcendent mental abilities are among Mossbridge’s favorite things to do, though she also works on all kinds of other neat projects. Her roles include research director of the Mossbridge Institute, director of the Innovation Lab at the Institute of  Noetic Sciences, and visiting scholar at Northwestern University.

How Do I Stop Mental Travel Time?

It is a good practice to relieve the brain from thinking about the past or future and live in the moment.

To stop mental travel time, it is helpful to focus on your real-time physical state and environment. As in meditation, pay attention to what’s happening at the moment. Focus on your breathing when you are distracted.

It may seem not easy at first, but remember, practice makes perfect.