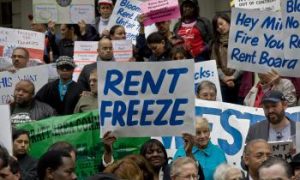 The New Jersey Nets (14–32) finished a great 4–1 home stand on Wednesday night with a 93–88 win against the Memphis Grizzlies (22–24). It was the final matchup of the year between the two teams and the Nets swept the series 2–0.

The Nets’ bench was a main factor in the team’s come-from-behind victory on Wednesday. Anthony Morrow led the team in scoring with 19 points and Sasha Vujacic and Kris Humphries each scored 14 points.

Additional scoring from Jordan Farmar and Johan Petro lifted the Nets bench contribution to an impressive 55 points. The Nets bench was also key in the team’s close win over the Cleveland Cavaliers on Monday.

“We just persevered. We got down, they were hitting a lot of shots, and we had to tighten up on our defense and rebound the ball better,” Marrow told YES after the Grizzlies defeat.

“We just wanted to get another win for our fans before we go on the road. Whatever role I need to be on this team to help get the win, that’s all I want to do.”

Morrow took charge of the team in the first half with 14 points as the Nets struggled to stay in the game against a dominating Grizzlies offense.

The Grizzlies led by as much as 16 points in the first half that finished up 53–42 in their favor led by forwards Rudy Gay and Zach Randolph.

Then after the half, both teams were ice cold on offense; Morrow sunk a jumper early in the third quarter but then both teams couldn’t hit a shot for several minutes in a fast-paced sloppy quarter.

Eventually Vujacic subbed in and made a 3-pointer halfway through the quarter that breathed some life into the game. Humphries had a nice drive through the paint after that and the Grizzlies pulled off an acrobatic alley-oop play.

The Nets continued to wear away at the Grizzlies lead right from the start of the fourth quarter and tied the score at 73–73 after a dunk from Brook Lopez and difficult 3-pointer from Devin Harris as the shot-clock buzzed.

Then just past the midpoint of the fourth quarter, the Nets took the lead for the first time in the game since their opening basket—and they held that lead for the rest of the game.

The Nets built a solid seven-point lead with just a few minutes left in the game before the Grizzlies made a run ignited by some good hustle defense by Tony Allen that pulled the game within one point.

A string of fouls and foul shots ensued down to the final seconds, with the Nets making good on their shots.

Lopes and Harris finished the game with 17 points and 13 points respectively after stepping up their play in the fourth quarter.

The Nets hit the road against the Indiana Pacers and Milwaukee Bucks on Friday and Saturday before coming back to the Prudential Center on Monday against the Denver Nuggets.