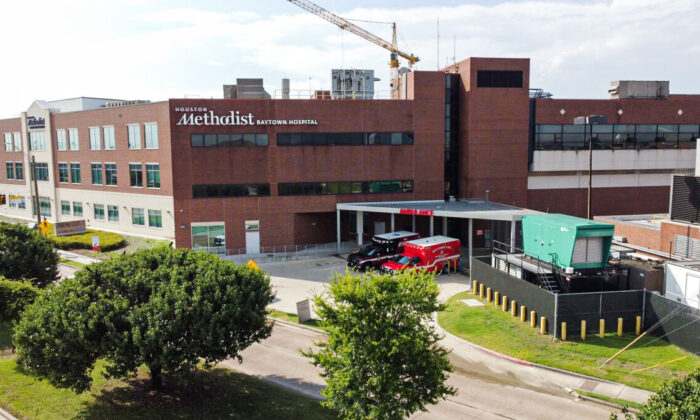 Nearly Half of Omicron Cases in Houston Hospital System Among Vaccinated: Study

About half of the Omicron cases in a major hospital system in Texas have been among the vaccinated, according to a new study funded in part by the U.S. government.

Researchers with Houston Methodist Hospital and other institutions performed genome sequencing of patients with COVID-19 in the Houston area and identified 862 people with symptoms whose infections were caused by Omicron, a variant of the CCP (Chinese Communist Party) virus, or SARS-CoV-2. The infections were recorded from late November 2021 to Dec. 18, 2021.

Of those patients, 430 met the Centers for Disease Control and Prevention’s (CDC) definition of a breakthrough case, or a COVID-19 case that occurs among vaccinated people.

Most of the patients, 299, had received two doses of the Pfizer-BioNTech COVID-19 vaccine—the rest received either a Moderna primary vaccine series or the single-shot Johnson & Johnson vaccine.

The percentage of vaccinated patients was much higher for the Omicron variant than for the Alpha or Delta coronavirus variants, according to researchers.

The percentage jumped from 3.2 percent for Alpha to 24.1 percent for Delta to 49.9 percent for Omicron. All three strains are labeled as variants of concern (VOC) by the World Health Organization.

“Consistent with Omicron causing a significantly increased number of vaccine breakthrough cases, it has been reported that this variant has reduced sensitivity to antibody neutralization in vitro, likely in large part due to the extensive number of amino acid and other structural changes occurring in Omicron spike protein,” researchers wrote in the preprint study, which hasn’t yet been peer-reviewed.

Limitations on the study included samples only being obtained from patients with symptoms and the majority of cases in the Houston region not being included.

David Usharauli, co-founder and director of Tregeutix and a former NIH scientist who wasn’t involved with the research, wrote on Twitter that the study provided the “first direct evidence that #omicron infects unvaccinated and #vaccinated people similarly.”

“It is very different from both alpha and delta variants,” he wrote.

The CDC says breakthrough infections “are expected,” but that fully vaccinated people who get infected are less likely to develop serious illness when compared to unvaccinated people.

Early studies on the Omicron variant have signaled that primary vaccination series provide little protection against the variant, though the vaccines have held up fairly well against severe disease, as has natural immunity, or the protection gained from COVID-19 recovery.

In another study out after the New Year, researchers with NIH and health facilities in the Cleveland area have also found evidence that the Omicron variant is causing less severe illness by analyzing electronic health records from the TriNetX Analytics network.

Compared to patients with COVID-19 caused by the Delta variant, patients with the Omicron variant are less likely to go to the emergency room or require hospitalization, researchers wrote in the preprint paper.

“First time SARS-CoV-2 infections occurring at a time when the Omicron variant was rapidly spreading were associated with significantly less severe outcomes than first-time infections when the Delta variant predominated,” the study reads.