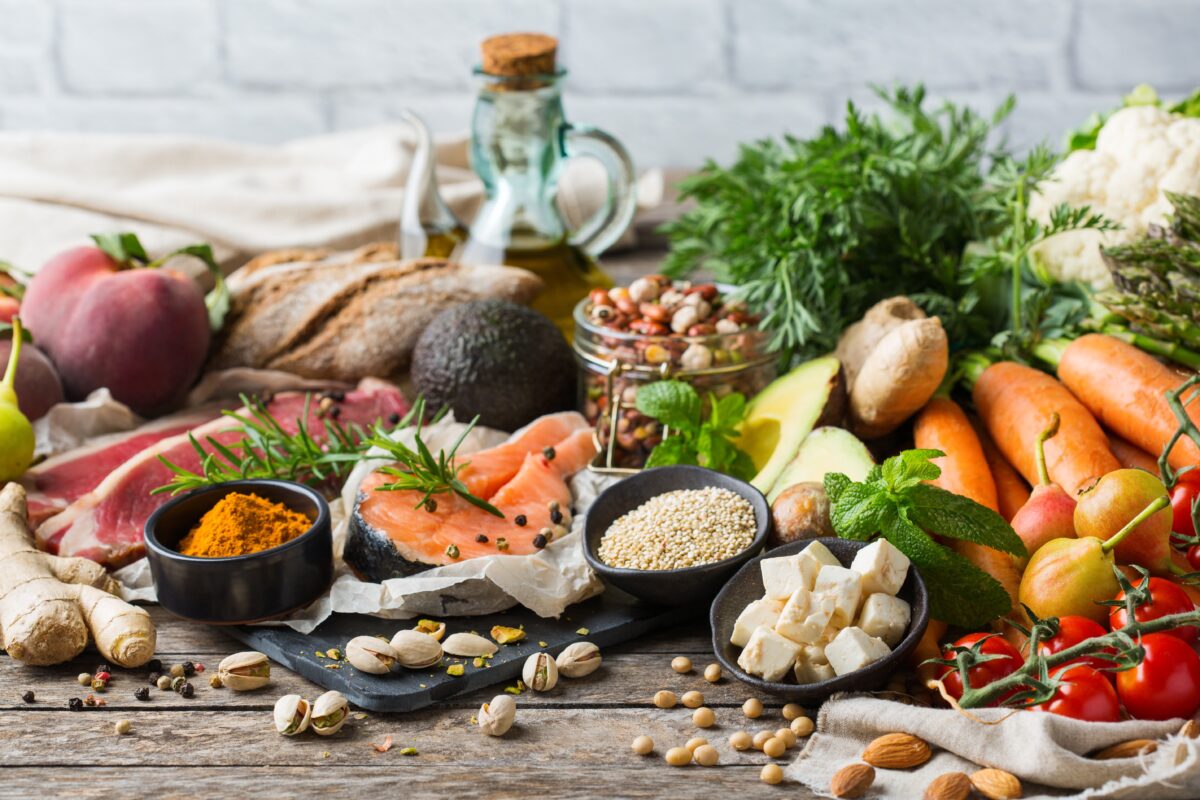 A Mediterranean-style diet has benefits for cognitive functioning later in life.(Antonina Vlasova/Shutterstock)
Food as Medicine

Nearly Every Food in This Diet Can Kill Cancer Cells

“Culture and history plunge directly into things, into stones, into wrinkles on human faces, in the taste of wine and oil, into the color of waves,” wrote Italian scholar Claudio Magris.

A centuries-old traditional diet has benefited tens of thousands of people in the place where the scholar lives. Following this diet, people increase their longevity, improve their life quality, and even reduce their risk of cancer. The diet is called the Mediterranean diet.

The Mediterranean diet was inscribed on the Representative List of the Intangible Cultural Heritage of Humanity by the United Nations Educational, Scientific and Cultural Organization (UNESCO) in 2013. It is a three-dimensional system that includes a set of skills, knowledge, rituals, and traditions concerning crops, harvesting, fishing, animal husbandry, conservation, processing, cooking, and the diet itself.

Another unique feature of this time-honored dietary pattern is that most of the ingredients used have cancer-fighting properties.

Why Is the Mediterranean Diet Capable of Fighting Cancer?

A key factor is that cancer cells require blood vessels to supply nutrients, and the Mediterranean diet blocks the nutrient supply pathways.

Cancer cells secrete or make their surrounding tissues to produce angiogenic factors that form a vascular system which supports these cancer cells. In addition, cancer cells have to enter the circulatory system through these new blood vessels to metastasize and spread.

Scientists have come to a consensus: The key factor to fighting cancer is the inhibition of angiogenesis. They have also developed different types of anti-angiogenic agents to treat cancer.

The components of many food items in the Mediterranean diet are natural anti-angiogenic agents. They can play the role of inhibiting angiogenesis in the human body and preventing the imbalance of blood vessel growth to effectively prevent and even control cancer. Adherence to the Mediterranean diet is indeed associated with lower cancer incidence.

The Mediterranean diet is characterized by the use of virgin olive oil as the main lipid. It contains a certain amount of vegetables, fruits, legumes, cereals, nuts, and a relatively large portion of fish. The diet has a low intake of red meat, a moderate or low intake of dairy products, and a low quantity of red wine.

Among them, the quantity of phenolic compounds is the largest in extra virgin olive oil, and they have antioxidant, anti-inflammatory, and anti-cancer properties. Notably, these substances are almost absent in refined olive oil because they are lost during the refining process.

Oleuropein, a natural compound found in olive oil, has the ability to modulate several oncogenic signaling pathways and is used in the prevention and treatment of cancer. Highly compelling animal studies have shown that oral administration of oleuropein instigates complete tumor regression within 9 to 12 days.

Oleuropein can be further converted into hydroxytyrosol with anti-angiogenic properties. Hydroxytyrosol is one of the most abundant phenols contained in olive oil.

Rich polyphenols with anti-cancer activity are found in vegetables, fruits, and red wine. Some of the anti-cancer effects are mediated by their anti-angiogenic mechanisms.

Another compound, a derivative of resveratrol, found in grapes and red wine is piceatannol. Piceatannol has been demonstrated to exert cardiovascular protection, atherosclerosis prevention, anti-aging, anti-inflammatory, and anti-diabetic effects. It also modulates factors that promote vascular and lymphatic growth in the mammary glands, thus reducing cancer risk.

The antiangiogenic efficacy of fisetin can inhibit the metastasis of glioma cancer cells and angiogenesis in melanoma, and can decrease microvessel density in lung carcinomas.

The Mediterranean diet also features the consumption of cold-water fish that are rich in lipids, including sardines, tuna, mackerel, and anchovies.

Cold-water fish are fish that survive in low temperatures, and they are rich in omega-3 fatty acids. The long-chain omega-3 polyunsaturated fatty acids (PUFAs) cannot be synthesized in the human body and must be consumed through diet.

Omega-3 PUFAs have multiple health benefits, including anti-angiogenesis and cancer suppression. They inhibit the induction of angiopoietin-2 (Ang2) and major proangiogenic processes while omega-6 PUFAs do the opposite.

Studies have found that mutiple omega-3 PUFAs, including docosahexaenoic acid (DHA) and eicosapentaenoic acid (EPA) commonly found in fish, can inhibit the induction of Ang2 by approximately 50 percent.

One of the essential gastronomic elements of the Mediterranean diet is tomatoes, which are rich in vitamin C, potassium, folic acid, carotenoids, and lycopenes. These constituents have been demonstrated to have cardiovascular protective and anti-cancer properties.

Tomato lycopene, in particular, may prevent and inhibit multiple cancers, such as lung, liver, and prostate cancers, through anti-angiogenesis. British researchers surveyed the diet of nearly 50,000 people and found that among male participants, the group with the highest lycopene intake was 28 percent less likely to develop prostate cancer than the group with the lowest intake.

Coffee included in the traditional Mediterranean diet is the boiled, unfiltered Greek coffee, which is rich in kahweol, polyphenols, and other antioxidants. Animal experiments have shown that kahweol exhibits anti-angiogenic, anti-cancer, and anti-inflammatory properties.

Some culinary herbs and spices are used in preparing the Mediterranean diet.

Among them, dry oregano contains a high proportion of polyphenols. The ethanol extract of oregano can reduce the expression of the epidermal growth factors in breast cancer tumor cells, inhibiting these cells’ angiogenesis.

Another commonly used herb in the Mediterranean diet is rosemary. It contains carnosol and carnosic acid, which can inhibit the growth of vascular endothelial cells and induce their apoptosis, further assisting with cancer prevention.

Moreover, the Mediterranean diet emphasizes hospitality, neighborliness, intercultural dialogue, and creativity, as well as a way of life guided by respect for diversity. Such a positive attitude towards life promotes people’s mental health, which is vital to physical health maintenance.