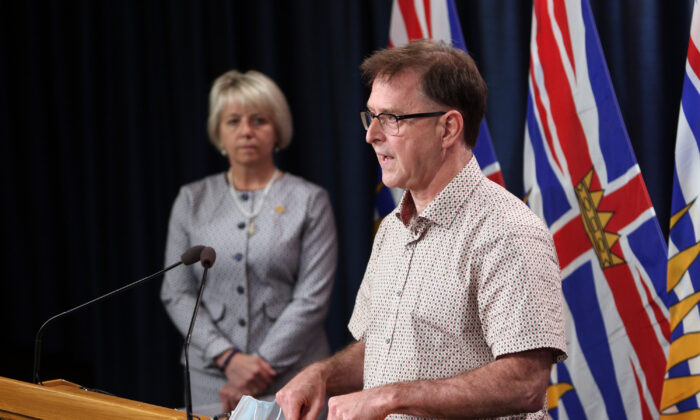 Nearly 2,500 BC Health-Care Workers Fired for Not Getting COVID-19 Shots

Nearly 2,500 health-care workers in British Columbia were put out of work for their decision not to get COVID-19 shots.

According to B.C.’s health ministry, 2,496 nurses, aides, and other hospital support staff were fired, the Vancouver Sun reported on March 22.

In October 2021, Health Minister Adrian Dix announced that, unless they had a medical exemption, anyone working for or contracted to work in the province’s health authorities had to receive their first vaccination by Nov. 15, 2021, and their second dose between four and five weeks later if they want to keep their job.

The latest numbers do not include physicians and regulated health professionals who work in private settings such as chiropractors, dentists, and psychologists. These private clinic employees, however, were mandated by the province to take their first shot by March 24, and the second dose within 35 days.

On March 7, provincial health officer Dr. Bonnie Henry issued a new order, requiring regulatory health colleges to provide personal information concerning their registrants to the Ministry of Health by March 31 in order for the ministry to verify the registrants’ vaccination status.

Based on the numbers released by the province, almost half of the dismissed workers were employed by the Interior and Northern Health Authorities.

Almost 60 percent of those terminated in four of the five regional health authorities were not permanent full or part-time employees but were casual employees, reported the Vancouver Sun.

Of the 908 workers terminated by Interior Health, 540 of them were casual workers. Northern Health lost 174 casual workers out of the 297 who were fired. Fraser Health lost 469 (272 casual) workers while Vancouver Coastal Health recorded 235 jobs (132 casual) lost.