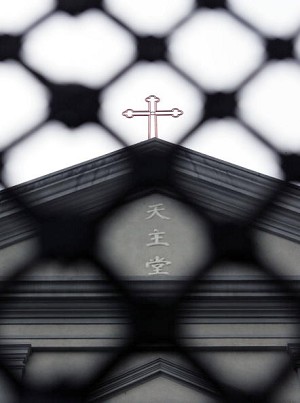 According to a report by a religious freedom group, the public security department in China has arrested close to 2,000 Christians in the past year, including many members of the clergy. Many were tortured.

Arrests Occur Across 15 Provinces and Cities

The U.S.-based China Aid Association published the “Report on Persecution of Chinese House Churches by Province” detailing the persecution of pastors and congregation members by the communist regime between May 2005 and May 2006. Pastor Fu Xiqiu, president of the China Aid Association said, “This report was compiled after obtaining the number of arrested Christians [that can be verified] in various provinces in the past 12 months.

“According to the report, 1,958 pastors and congregation members were arrested in China. The arrests occurred in 15 provinces and cities. Henan Province recorded the highest number, with over 800 people arrested. Not only was the number of arrests the highest, but corporal punishment and torture was also the harshest in Henan Province.”

Persecution in Henan Most Severe

According to the China Aid Association report, from July 2005 to May 2006, Henan Province's police and government officials in charge of religious affairs conducted seven searches during religious meetings. All told, 823 pastors and congregation members, including five American citizens, were arrested. During detention they were maltreated and tortured by police. Some were fined.

Fu Xiqiu said, “On March 13, in Wen County, Henan, more than 80 congregation members were arrested for celebrating Easter. Many were subjected to different forms of abuse in the detention center. For instance, two women, a 72-year-old lady by the surname of Ma and a 21-year-old woman, were forced to remove their clothes. The police even removed the 21-year-old woman's bra.

“Another case involved Pastor Li Gongshe. Despite being disabled, he was knocked to the floor and pummeled by police. He suffered a broken rib but was denied treatment in the detention center. He was sent to hospital only when it became obvious that he could not move. We have the hospital report and Li's video testimony. We shall publish this information in due course.”

According to Fu Xiqiu, one reason for the escalation of the suppression is that the local religious affairs department, public security, and even the ministry of state security have stepped up efforts to implement the “Religious Affairs Regulation” passed by the State Council on March 1 last year. He said that they intend to force churches to register by using such forms of persecution.

“By arresting independent church members and enforcing registration, they will gain control over all Chinese churches. As most of the pastors in independent churches are not trained and appointed by the official Three-Self Patriotic Church, it is not surprising that the regime persecutes them.”

Right from the outset, the Chinese communist regime has always denied committing human rights violations. The communist regime claims that it only suppresses those religious groups that pose a danger to society. It added that Christians may engage in religious activities within the official churches.

However, many Christian organizations in China indicated that the majority of the 80 million Christians in China choose to attend independent churches as they do not acknowledge the official churches, which are backed by the Communist Party.