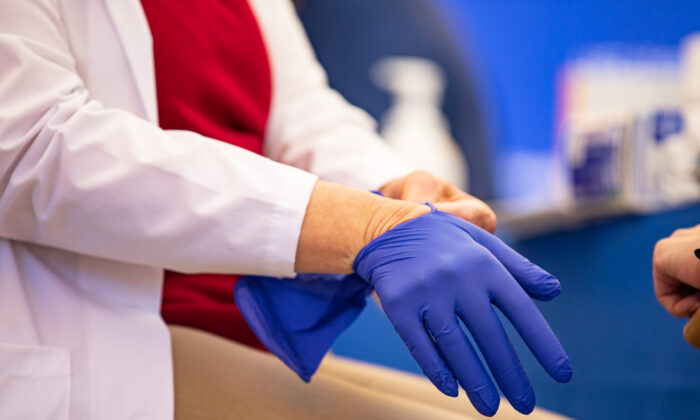 Almost 200 Minnesota healthcare workers sued their employers in a bid to block COVID-19 vaccine mandates at their facilities.

The lawsuit, filed on behalf of unnamed workers in various hospital systems across the state, identifies about two dozen healthcare institutions, hospitals, and federal officials as defendants. That includes the Mayo Clinic, Fairview Health Services, University of Minnesota Physicians, and Regions Hospital.

“Plaintiffs’ employers are placing a substantial burden on their employees not to practice their religious-based objection to the COVID-19 vaccination or live under the threat of having their religious exemption withdrawn at any time,” the lawsuit (pdf) said.

Employer mandates are forcing workers who have religious objections to the vaccine or who have recovered from COVID-19 to be vaccinated so that healthcare facilities and institutions can say they have higher vaccination numbers to get more money via federal subsidies, said the lawsuit.

According to the lawsuit, the plaintiffs alleged that the Centers for Disease Control and Prevention’s measure specification, in some cases, “coerces Plaintiffs to change or violate their sincerely-held religious beliefs by requiring their employers in order to successfully participate in federal subsidies to report to the [Health and Human Services] employee vaccination rates including religious objectors in the denominator.”

Earlier this month, President Joe Biden announced new federal mandates stipulating that healthcare workers who work at facilities that receive Medicare or Medicaid funding need to get the vaccine. Facilities that do not comply risk losing their federal funding.

Gregory Erickson, an attorney representing the plaintiffs, told the Star Tribune that those who joined the lawsuit include not only people with religious concerns but pregnant women and young people who are healthy.

The young people and pregnant women believe “it’s a coin flip whether they’re in worse shape with COVID or the vaccine,” Erickson remarked.

If a court doesn’t grant an injunction soon, Erickson said that the vaccination mandates will exacerbate the already “critical shortage of nurses in this country right now.”

“If people thought health care was being delayed from COVID, that’s like a soft summer rain compared to what’s going to happen when you fire all these people,” he said, perhaps referring to warnings from hospitals in New York who said that certain services may be curtailed due to staffing shortages over a statewide mandate that went into effect Monday.

“The vast majority of COVID patients hospitalized in the M Health Fairview system are unvaccinated,” Fairview said in a statement earlier this month. “We support the president’s executive order, because overwhelming evidence demonstrates the COVID-19 vaccines are very safe and they dramatically reduce the chance of spreading disease, hospitalization, severe illness and death.”