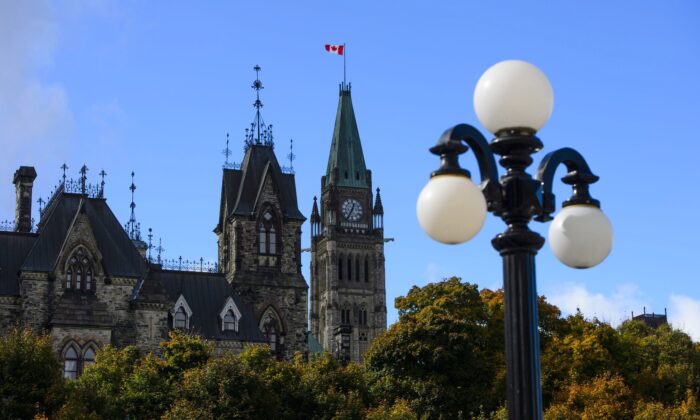 Nearly 90 percent of Canadians support creating a registry of foreign agents, according to a new survey, conducted after Ottawa announced plans to consult the public on establishing such a registry amid growing concerns of foreign interference from China, Russia, and other authoritarian states.

The survey, conducted by Nanos Research on behalf of The Globe and Mail, found that 88 percent of Canadians support or somewhat support a foreign-influence registry, which would require an individual or an entity working for a foreign authority to register with the government. With the registry, the feds aim to make such operations more transparent, where failure to comply would likely result in fines or even prison time.

Just 7 percent of respondents oppose or somewhat oppose requiring lawyers, lobbyists, and retired politicians to register when they take on paid roles for foreign governments or companies linked to those countries, the survey said.

“Transparency in terms of these kinds of foreign interests and also transparency in terms of Canadians who are working for the foreign interests is fair game,” pollster Nik Nanos told the Globe. “The reality is that if you are afraid to report that you have been working for a foreign country or a foreign organization, perhaps that should be a red flag.”

Conducted between Dec. 19 and 22, the poll is a dual-frame hybrid telephone and online random survey that is accurate to within plus or minus 3.1 percentage points, 19 times out of 20, according to the Globe, which didn’t specify how many people were surveyed.

Public Safety Minister Marco Mendicino said in early December that the federal government is preparing to launch public consultations on the possible creation of a foreign-agent registry. The move would bring Canada on board with allies such as Australia and the United States, which have already set up similar agencies to tackle foreign interference from China and Russia.

The Liberal government had made commitments to create a foreign-agent registry well before Mendicino’s announcement. On Feb. 23, 2021, Robert Oliphant, parliamentary secretary to Foreign Affairs Minister Mélanie Joly, told the House of Commons that the federal government was “actively considering” creating such a registry, though he fell short of giving a specific timeline.

Nanos said it won’t be justifiable for the Liberals to continue to delay on delivering what Canadians believe to be a necessary tool to provide transparency involving foreign political influencers.

“If they kick the can on this and we find out that there are issues or potential risks in Canada, there will be a political price to pay,” he said.

The United States has a Foreign Agents Registration Act that dates back to 1938. It has also introduced new legislation, such as the “Countering the Chinese Government and Communist Party’s Political Influence Operations Act of 2018,” in response to Beijing’s growing interference in the country.

Later in 2018, Australia enacted the Foreign Influence Transparency Scheme, described as a non-discriminatory and all-encompassing bill aimed at addressing influence efforts from all foreign entities. Former Australian Prime Minister Malcolm Turnbull, however, in 2017 specifically highlighted “disturbing reports about Chinese influence” as an example of why the bill was necessary.

Former Conservative MP Kenny Chiu said he doesn’t have high hopes for Mendicino’s announcement of a public consultation on creating a foreign agent registry, saying that the procedure would take too long for a bill introduced after the inquiry to be actually passed into law.

“It’s really unreasonable,” Chiu said, noting that as a minority government, which he said has a typical lifespan of a year and a half, the Liberals would likely face another election soon, which would terminate all legislative efforts even after the public consultation was completed, generating a report that would also take much time to be reviewed.

“Just like many things that Justin Trudeau’s government is doing, they are more into virtue signalling than to perform anything substantial,” Chiu told The Epoch Times.

“The media report says that [Mendicino] is prepared to launch such a consultation. I still wait for the day when a registry, legislation is passed in the House of Commons. And if they are so interested in doing the right thing, they could have expedited my private member’s bill a little bit more than a year and a half ago.”

Chiu was referring to Bill C-282, which he introduced to Parliament in April 2021, with the aim of imposing “an obligation on individuals acting on behalf of a foreign principal to file a return when they undertake specific actions with respect to public office holders.”

He said the government could also support the private member’s bill S-237, introduced in February by Sen. Leo Housakos. The bill has remained in the process of second reading in the Senate since March.

“All they have to do is just fast-track that. None of that is happening,” Chiu said.

Other critics of the Chinese Communist Party, including the Canadian Coalition on Human Rights in China, have warned of foreign interference from Beijing.

David Mulroney, a former Canadian ambassador to China, said on social media on Dec. 27 that the result of the Nanos poll is “encouraging,” adding that new regulations should also limit the ability of former public servants and politicians to “cash in on the knowledge, experience, contacts gained while serving Canada.”