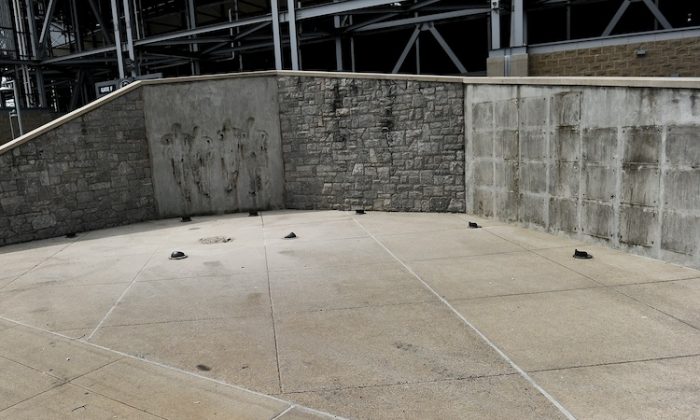 Penn State has removed the statue of Joe Paterno and now will continue on with severe limitations put on their football program. (Patrick Smith/Getty Images)
College Sports

The NCAA announced major sanctions against Penn State in light of allegations against former defensive coordinator Jerry Sandusky, according to a report on its website.

The university has fined the school $60 million that will be placed into an endowment for programs preventing child sexual abuse.

Though the football team avoided the NCAA’s “death penalty” they will nonetheless be limited to 15 scholarship offers per season (everyone else has 25) for four seasons starting with the 2013 season. In addition they will be held to a total of 65 total scholarship players (instead of 85) during that time as well.

The team will also be banned from postseason play for each of the next four seasons.

Current players will be allowed to transfer, without the normal penalty of having to sit out a season.

The university will also vacate all its 111 wins from 1998 to 2011, thus stripping former head coach Joe Paterno of his total record of 409.