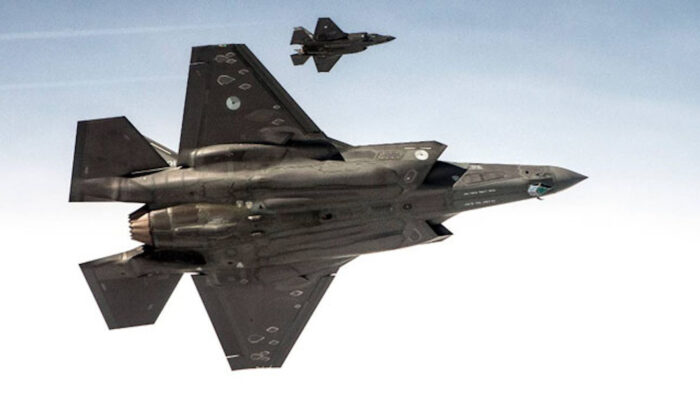 NATO announced on Jan. 24 that it’s placing extra forces on standby and sending more warships and fighter jets to Eastern Europe as Russia continues its military buildup near Ukrainian territory.

“NATO will continue to take all necessary measures to protect and defend all Allies, including by reinforcing the eastern part of the Alliance,” he added. “We will always respond to any deterioration of our security environment, including through strengthening our collective defense.”

The defensive alliance has increased its troops’ presence in the region even as Moscow demanded during high-level talks in Brussels earlier this month that NATO must no longer conduct military exercises or intelligence operations, or build infrastructure outside its 1997 borders, and halts further military expansion and the placing of missiles on Russia’s borders.

European countries that are part of the latest expansion are Denmark, Spain, France, and the Netherlands. The United States also made clear it’s considering increasing its presence on the eastern flank.

Denmark is sending a frigate to the Baltic Sea and deploying four F-16 fighter jets to Lithuania, NATO said in the statement. Spain is considering sending warplanes to Bulgaria and confirmed that it’s deploying ships to join NATO’s naval forces, while France also showed combat-readiness to deploy troops to Romania. The Netherlands said it will deploy two F-35 fighter jets to Bulgaria in April, and will also put a ship and ground troops on standby.

NATO’s announcement comes one day after the U.S. State Department ordered family members of government employees at the U.S. Embassy in Kyiv to leave Ukraine, and authorized the voluntary departure of nonessential civil servants.

The United Kingdom on Jan. 24 also started to withdraw some of its embassy staff and dependents from Kyiv amid growing tensions on the Russia–Ukraine border.

Shares across the world fell as the risk of conflict quashed demand for riskier assets, and tension over Ukraine was among the factors that pushed up oil prices.

Russia denies planning to invade Ukraine but has used its buildup of an estimated 100,000 troops near the border to force the West to negotiate over a range of demands to redraw the security map of Europe.

It wants NATO to scrap a promise to let Ukraine join one day and to pull back troops and weapons from former communist countries in Eastern Europe that joined the alliance after the Cold War.

Washington says those demands are non-starters but it’s ready to discuss other ideas on arms control, missile deployments, and confidence-building measures.

The United States and the European Union, wary of Russia’s intentions since it seized Crimea and backed separatists fighting government forces in eastern Ukraine in 2014, have warned Russia not to invade.

Kremlin spokesman Dmitry Peskov has said the West is showing “hysteria” and is putting out information “laced with lies.”

“As for specific actions, we see statements by the North Atlantic Alliance about reinforcement, pulling forces and resources to the eastern flank. All this leads to the fact that tensions are growing,” Peskov said.