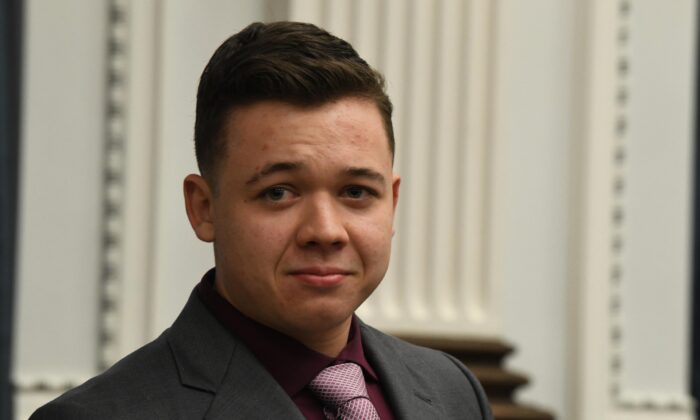 A National Geographic writer falsely said in a new book that Kyle Rittenhouse killed two black men in Wisconsin in 2020.

Kara Cooney wrote in “The Good Kings” that Rittenhouse “used his semi-automatic weapon to kill two black men in Kenosha, Wisconsin, while waging a glorious race war on behalf of his inherited white power.”

Rittenhouse shot three white men in Kenosha during riots there. He was acquitted on all charges by a jury late last year.

Cooney, who appears to be white, said on Twitter that the misinformation “was my mistake, and I apologize.”

Cooney and National Geographic Publishing, the book’s publisher, did not respond to requests for comment.

Cooney is an Egyptologist at the University of California, Los Angeles.

In “The Good Kings,” she is described as “uncover[ing] the reason why societies have so willingly chosen a dictator over democracy, time and time again.”

Misinformation about Rittenhouse and the shootings has proliferated on social media and news outlets.

CBS, for instance, falsely reported that Rittenhouse crossed state lines with a gun before carrying out the shootings. False claims were also put forth on ESPN, CNN, and ABC.

CBS corrected the falsehood it offered, but many others did not.

President Joe Biden also made the evidence-free claim that Rittenhouse is a white supremacist, which he has refused to retract even as Rittenhouse mulls suing him.

“I have really good lawyers who are taking care of that right now. So, I’m hoping, one day, there will be accountability for their actions,” Rittenhouse said after the trial regarding Biden and others who made claims about him.