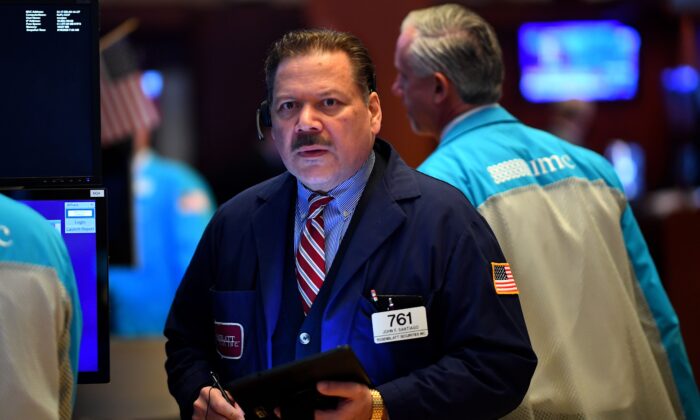 Nasdaq-listed Chinese jeweler Kingold Jewelry Inc. (KGJI) has received 20 billion yuan ($2.8 billion) loans by claiming to use tons of gold as collateral in the past five years. However, the creditors discovered that some of the gold bars are gilded copper alloy.

The loans were protected by insurance issued by Chinese state-run PICC Property and Casualty Company (PICC) and some smaller insurers.

Kingold designs and manufactures jewelry. It was founded by Jia Zhihong, a Chinese ex-military officer, in the city of Wuhan, China in 2002. On Aug. 18, 2010, Kingold listed on Nasdaq, which boosted its credit ratings in the financial market.

Now, 16 billion yuan ($2.26 billion) of the loans will mature in October. These loans are backed by 83.03 tons of pure gold, according to Chinese media Caixin.

Kingold’s latest financial report shows that its total assets on Sept. 30, 2019 was $3.32 billion, and its total liabilities on that day was $2.367 billion. If all the pledged gold is bogus, and if Kingold were to sell all of its assets, it wouldn’t have enough funds to repay its creditors.

Since 2015, Kingold has used a good solution to finance its business—using purest gold (Au999,9, which means the gold’s purity is 99.99 percent or 24 Karat gold) as collateral to get loans from trust companies and banks. To make the deal more trustworthy, Kingold bought insurance for the collaterals.

From 2015 to 2019, Kingold received about 20 billion yuan ($2.83) from 15 different trust companies and banks by using gold as collateral. PICC, China Continent Insurance, and other smaller ones issued 30 billion yuan ($4.25 billion) of property insurance in 74 separate contracts to protect these loans, Caixin reported.

“The reason we approved the loan [to Kingold] is because the large-scale state-run insurance company issued the insurance,” Caixin quoted a senior manager from a trust company as saying on June 24. “If there’s no PICC supplied insurance, we wouldn’t release any loan to Kingold. We only tested one sample of the gold.”

The manager told Caixin that the insurance company, trust company, and Kingold had tested the gold together before the trust company issued the loan.

The Paper reported on June 28 the bank that reserved the gold is China Industrial and Commercial Bank Wuhan Branch.

In late 2019, Chang’An International Trust and Dongguan Trust sent the notification to Kingold that the loans will be maturing soon, and Kingold should repay the loans on time. After waiting for weeks, both trust companies didn’t receive any response from Kingold.

In February, Dongguan Trust picked up the pledged gold, and randomly picked one bar to test. The result showed the bar was gilded copper alloy.

Minsheng Trust, another of Kingold’s creditors, heard the news, and filed a lawsuit to Wuhan Intermediate People’s Court, Caixin reported. The court tested the pledged gold that Kingold used for Minsheng’s loans, and released a report on May 22 which stated that all the bars are copper alloy.

Hengfeng Bank filed lawsuits against Kingold in Yantai city of Shandong Province in May 2019 after the company couldn’t return the loans for months. The Yantai Intermediate People’s Court tested the pledged gold recently and the result is the same—copper alloy.

Hubei China Economic Trade Company also tested the pledged gold for their loan on June 6, which resulted in mainly copper.

The Paper reported that several courts have sent out 22 orders to Kingold in 2020, in which the courts asked Kingold to pay 10.257 billion yuan’s ($1.45 billion) debt.

Chinese media reported that Kingold may have been involved in bribery schemes and the company’s chairman, Jia, had a strong relationship with government officials.

So far, the insurance companies refused to say anything about the cases, and said they are waiting for the courts to make the judgement.