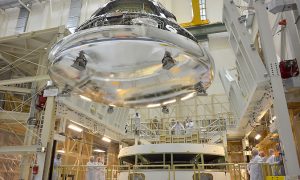 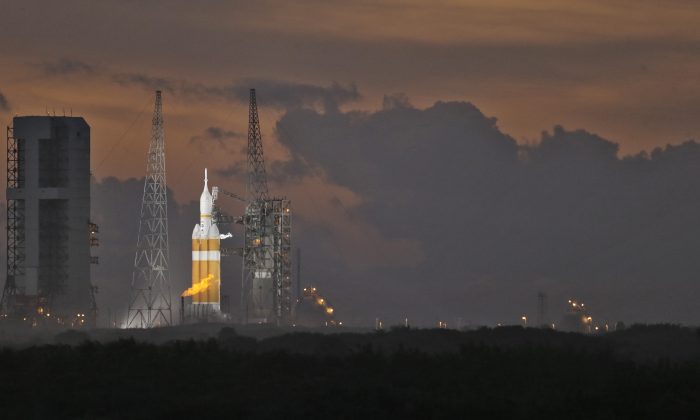 CAPE CANAVERAL, Fla.—NASA’s new Orion spacecraft will have to wait another day to fly.

Wind gusts and a sticky rocket valve forced the Cape Canaveral launch team to call off Thursday’s attempt to send Orion into orbit on its first-ever test flight.

Orion is how NASA hopes to one day send astronauts to Mars. This inaugural flight, while just 4½ hours, will send the unmanned capsule 3,600 miles into space.

High winds twice halted Thursday morning’s countdown with less than four minutes remaining. Then a valve in the unmanned Delta IV (four) rocket malfunctioned at the three-minute mark. Launch controllers scrambled to check all of these so-called “fill and drain” valves in the three first-stage booster engines. But time ran out.