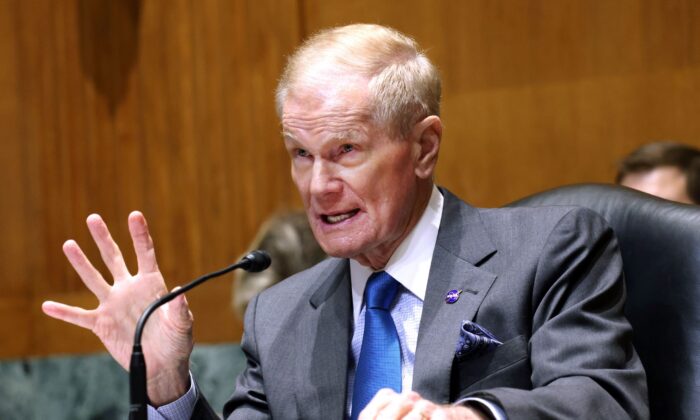 China’s communist regime is engaged in a campaign to illicitly co-opt U.S. space technologies, according to NASA’s highest-ranking official, who said the Chinese Communist Party (CCP) is adept at stealing the United States’ most vital technological secrets.

The comments were made in response to a line of questioning by ranking committee member Rep. Robert Aderholt (R-Ala.), who noted the “jarring similarities” between space vehicles being developed between private U.S. companies and state-run Chinese organizations.

“We simply cannot ignore the threat from China and our adversaries who are making technological, manufacturing, and exploration advancements on a daily basis,” he said.

The United States, Aderholt said, needs a clear vision that could last across administrations to dictate its space policy more effectively, as a matter of national defense.

“For far too long, we have allowed China and other adversaries to challenge our space dominance and their ambitions only continue to grow.”

The U.S. government has advised private industry that China is engaged in a committed effort to illicitly acquire critical and emerging technologies in every sector of the U.S. economy, particularly those vital to its military modernization efforts.

The technologies required for achieving political dominance in space, which Aderholt called the “high ground,” have become something of a precious commodity in that regard.

Nelson said that he believes the United States and China are entering a new space competion that will define the world’s strategic and military situation for decades to come.

“I believe we are in, and I have said this publicly before, I think we’re in a space race with China,” he said.

Experts have long warned that the CCP’s space program is a military threat to Western powers. Air Force Secretary Frank Kendall went so far as to say the United States would need to develop offensive space weapons to deter the threat.

The CCP has made no secret of its ambitions for space. One official white paper detailed a plan for the regime to become the world’s leading “space power.” Meanwhile, the regime led the world last year in the number of space launches, and has ambitions to replicate that in 2022.

“China, in the last few years, they’ve done some impressive stuff,” Nelson said. “They’re only the second nation to be with a rover on the surface of Mars. A rover that works. They now have a space station and it’s got impressive technology. They have declared that they are going to the moon.”