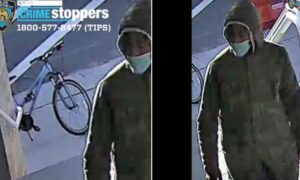 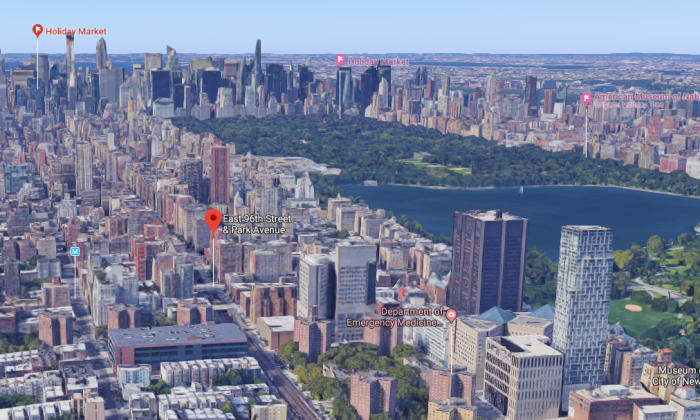 The approximate location where Dr. Dean Lorich was found dead in his apartment in Manhattan, New York, on Dec. 10, 2017. (Screenshot via Google Maps)
Crime and Incidents

Mystery Death: Celebrity Surgeon Found With Knife in Chest in His Manhattan Apartment

Dr. Dean Lorich, 54, was found dead on Sunday afternoon, Dec. 10, with a knife in his chest. There was no sign of forcible entry to his Park Avenue apartment in Manhattan and police sources told the New York Post that it appeared Lorich killed himself.

But why? Lorich was a successful orthopedic surgeon, married, father of three girls. His 11-year-old daughter found him face-up on the bathroom floor, but there was no suicide note.

“He was under some personal stress,” a police source told the New York Daily News.

Lorich was being sued by former Giants running back Michael Cox, 29, for alleged failure to properly treat one of his ankle bones damaged by a 2014 game injury.

But Cox’s lawyer, Steven North, believed the lawsuit would have been covered by the insurance of Lorich’s employer, the Hospital for Special Surgery (HSS) and the NewYork-Presbyterian Hospital, where Lorich served as associate director of the Orthopedic Trauma Service, the Post reported.

The last time Lorich’s name had been in the media was in 2014 when he operated on Bono after the U2 lead singer’s biking accident.

Yet Lorich once entered not only the news, but the realm of international controversy as well. So much so, that his name appeared in one of the Hillary Clinton emails released by the State Department during her Secretary of State private email server scandal.

Lorich was part of a small medical team prompted by people close to Clinton to head to Haiti after the Caribbean nation suffered a devastating magnitude 7.0 earthquake on Tuesday, Jan. 12, 2010.

It all started when the chief executive of Synthes, a medical device manufacturer, offered use of the company’s private jet to Dr. David Helfet, director of the Combined Orthopedic Trauma Service at the HSS and the NewYork-Presbyterian Hospital for a trip to Haiti, Crain’s New York reported.

At the time, Synthes was in need of some positive PR since it was indicted on dozens of charges for running illegal human trials of a spine fracture treatment during which at least five people died, Fortune reported.

Synthes was chaired by Swiss billionaire Hansjörg Wyss, a prolific donor to organizations linked to Clinton, including over $4 million to John Podesta’s Center for American Progress, according to the Washington Examiner.

Helfet himself had connections to Hillary and Bill Clinton and their Clinton Foundation.

At the time, the foundation was active in Haiti. Bill Clinton was also the United Nations special envoy for the country.

Helfet received “intelligence” from Partners in Health, a non-profit partially funded by the Clinton Foundation, that the General Hospital in the capital Port-au-Prince had two functioning operating rooms.

He put together a team of surgeons, anesthesiologists, nurses, and technicians, 13 in total, to fly on the Synthes plane to Haiti and help however they could.

They set off on Friday and, after some delays, arrived in Port-au-Prince on Saturday, Jan. 16, 2010.

Lorich was shocked by what he saw on the ground. Not just the sheer destruction caused by the earthquake, but also the jarring lack of leadership, organization, and coordination.

The hospital they were directed to was in shambles. They found a different one, which at least had running water and electricity, but almost no medical supplies. They asked Synthes to send more supplies. The company did, but the truckload was hijacked on the way from the airport to the hospital.

Still, within 72 hours the team completed about 100 surgeries until they ran out of supplies and, escorted by some Jamaican soldiers, left the hospital and hailed a plane to Canada on the following Tuesday.

“We all felt as though we abandoned these patients and that country and feel terrible. Our role now being back in NY is to expose the inadequacies of the system to the media in the hopes of effecting a change in this system immediately,” Lorich said in an email to a colleague, orthopedic surgeon Dr. Christopher Born, who forwarded it to another surgeon Dr. Michael Hausman, who sent it to Hillary Clinton’s then-chief of staff Cheryl Mills, who forwarded it to Clinton.

Lorich’s email thus ended up among those released by Clinton’s incomplete email dump.

But that was only the beginning.

Lorich followed up on his intent to raise awareness about what he saw. Together with Helfet and another member of the team, Dr. Soumitra Eachempati, he penned an op-ed published by the CNN.

He also appeared on Feb. 22, 2010, Charlie Rose show. (Rose was fired from CBS last month after eight women accused him of sexual harassment.)

There Lorich expounded on his criticism of the situation in a country that, after decades of intense international involvement, had virtually no functioning government.

“That was the biggest problem we saw, though, was that there was nobody in charge. It was a sovereign country, and their government really never stepped up, at least in the period of time that we were there,” he said. “All the NGOs had been there for decades and provided fish, but they’d never taught the Haitians how to fish.”

Lorich repeatedly bringing up the total lack of leadership in the country was especially embarrassing to the Clintons, for whom Haiti had been a pet project of sorts.

It was Bill Clinton who used the threat of military intervention to install the Haitian socialist President Jean-Bertrand Aristide in 1994, after he was ousted by his own military three years earlier.

The country had thousands of registered nonprofits, some backed by Democratic heavyweights like the Clintons and George Soros.

Bill Clinton recently hosted an investor conference in the country and Hillary Clinton sat at the State Department, where she had sway over international aid.

But it appears like Lorich’s team was sent in with bad information, no security, and little support.

The U.S. relief mission was dominated by the military, which basically turned all its assets in the region towards Haiti, conducted reconnaissance, established air control at the Port-au-Prince airport, and by Jan. 15, 2010, was distributing food and water rations by tens of thousands.

Bill Clinton was later put in charge of coordinating over $10 billion in relief funds, which resulted in a number of projects that delivered much less than promised, if the money can be traced to any relief at all.

Lorich hasn’t repeated his acute observations since 2010—at least there seems to be no online record of it. It is not clear whether his interest in Haiti continued.

“Dr. Lorich was a respected surgeon, teacher and friend to many at HSS, NewYork-Presbyterian and Weill Cornell Medicine. He helped thousands of patients throughout his career, including many who were impacted by crises abroad,” HSS wrote in a statement. “We extend our deepest sympathies to Dr. Lorich’s family, friends and patients.”