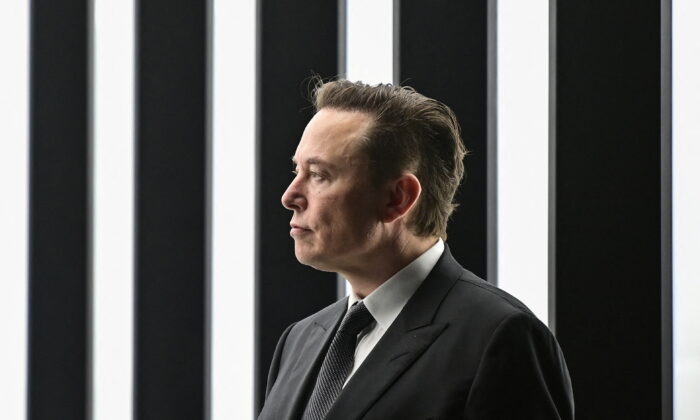 Musk Takes 9.2 Percent Stake in Twitter After Questioning Its Commitment to Free Speech

Musk bought 73.5 million shares of Twitter on March 14, according to a Securities and Exchange Commission (SEC) filing released on April 4. Based on Twitter’s closing price on April 1, Musk’s stake was worth $2.89 billion.

News of the purchase sent Twitter shares soaring by more than 20 percent in pre-market trading on April 4, sharply boosting the value of Musk’s stake.

Musk posts regularly on the platform, where he has more than 80 million followers.

In a March 25 tweet, Musk wrote that “free speech is essential to a functioning democracy” and asked his followers whether they believe Twitter “rigorously adheres” to this principle.

In a follow-on tweet, Musk asked his followers to “vote carefully,” as the “consequences of this poll will be important.”

Over 2 million Twitter users weighed in, with 70.4 percent voting no.

A day later, sharing the results of the poll, Musk described Twitter as “the de facto public town square,” adding that “failing to adhere to free speech principles fundamentally undermines democracy,” before asking, “What should be done?”

While Musk hasn’t commented publicly on his purchase of Twitter shares, and his filing didn’t reveal any plans he may have for the company, the purchase could signal an effort on his part to influence how the company is run.

While any stake of less than 10 percent is considered “passive,” some analysts have suggested that Musk may seek change at the company.

“We would expect this passive stake as just the start of broader conversations with the Twitter board/management that could ultimately lead to an active stake and a potential more aggressive ownership role of Twitter,” Dan Ives of Wedbush Securities said in a client note on April 4.

Twitter has been repeatedly accused of censoring conservative viewpoints, claims the company denies.

Greene, a Republican, responded by calling Twitter “an enemy to America” and a company that simply “can’t handle the truth.”

About a year prior, Twitter banned former President Donald Trump from the platform, claiming his recent Twitter posts were “in violation of the Glorification of Violence Policy.”

Trump reacted to his Twitter suspension with a series of tweets from the @POTUS account, accusing the social media company’s employees of conspiring with his political opponents.

“As I have been saying for a long time, Twitter has gone further and further in banning free speech, and tonight, Twitter employees have coordinated with the Democrats and Radical Left in removing my account from their platform, to silence me—and YOU, the 75,000,000 great patriots who voted for me,” Trump wrote in a tweet, which was deleted within minutes by Twitter, according to TechCrunch, which published screenshots of the removed missive.