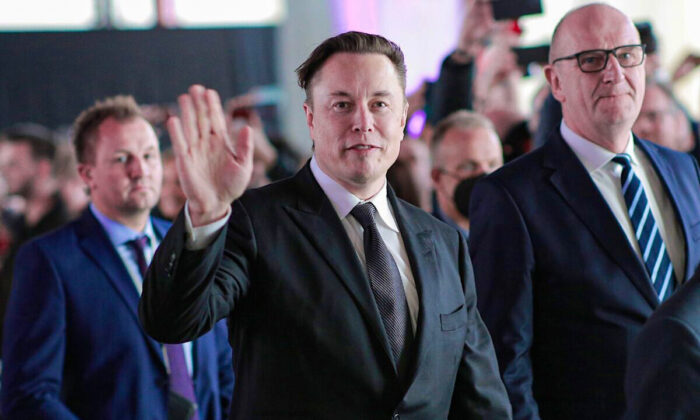 Billionaire Tesla CEO Elon Musk has secured the required financing to buy Twitter and take the company private, according to a new regulatory filing. Musk is also exploring a tender offer to buy shares directly from stockholders.

The document shows that Musk has received $46.5 billion in commitment to help finance the proposed deal. If he decides to go ahead with a tender offer, he will approach Twitter shareholders and offer to buy their shares within a specific time frame. He’s still considering whether to launch a tender offer for Twitter, according to the filing.

Musk, the richest man in the world, has secured $25.5 billion in debt financing from Morgan Stanley and other financial institutions, including Bank of America, Barclays, and Mizuho. He has also committed to provide $21 billion in equity financing, according to the document.

Musk is seeking to negotiate a “definitive agreement” with the board for the acquisition of Twitter.

“Twitter hasn’t responded to the proposal,” Musk says, according to the filing. “Given the lack of response by Twitter,” he’s “exploring whether to commence a tender offer to acquire all of the outstanding shares” at a price of $54.20 per share.

The billionaire, however, “has not determined whether to do so at this time.”

Some had speculated earlier that Musk lacked sufficient cash for the acquisition. The latest funding information, however, could make it harder for the board to claim he’s not a serious bidder.

Musk made a bid on April 14 to take the social media company private for $54.20 per share, which valued the company at around $43 billion. The firm’s board of directors the next day unanimously adopted a “poison pill” defense to prevent a hostile takeover.

The poison pill, also known as a shareholder rights plan, is used as a defense strategy to make Musk’s takeover more expensive and difficult.

If Musk reaches 15 percent ownership, the poison pill will be triggered. That would allow other stockholders to purchase additional shares at a discounted price, thus diluting Musk’s ownership stake.

On April 4, Musk announced that he had purchased 73.5 million Twitter shares, or 9.2 percent of the firm. Musk later reduced his holdings to 73.1 million shares, or 9.1 percent of the company, according to a securities filing. Twitter’s other large shareholders include The Vanguard Group (10.3 percent), Morgan Stanley (8.4 percent), and BlackRock (6.5 percent).

The ownership contest for Twitter has devolved into a chess game after the company’s board last week adopted the poison pill to thwart Musk’s unwelcome takeover attempt.

Many people around the world, including the company’s stockholders, have been eagerly watching to see what the billionaire and the board of directors will do next.

Musk initially hinted at a tender offer on April 16 with a cryptic tweet that said “Love Me Tender.” He later posted a tweet that had a blank space for a word followed by the phrase “is the Night.” The message was thought to be a veiled reference to F. Scott Fitzgerald’s novel “Tender Is the Night.”

These messages fueled speculation that Musk may be close to announcing a tender offer to acquire the firm.

This week, numerous media outlets also reported that Apollo Global Management is considering financing Musk or another bidder for a Twitter buyout. Apollo or other private equity firms may participate in Musk’s takeover bid as debt or equity partners.

It’s more likely that Musk will initiate a proxy contest, according to a senior executive of an investment management firm in New York who requested anonymity.

And he will try to convince major shareholders, he said, to get them to his side either by taking his tender offer or by removing the current board.

“What we’re witnessing is a bit of a chess game in public,” says Dale Saran, an attorney who helped fitness company CrossFit avoid a corporate takeover as the company’s general counsel in 2012.

Musk’s public prominence and ability to influence shareholders, Saran said, should be putting a lot of pressure on Twitter and its legal counsel.

Before submitting his bid on April 14, Musk sent a voicemail to the board, according to a previous securities filing, stating that he’s “not playing the back-and-forth game.”

“It’s a high price and your shareholders will love it,” Musk said, adding that if the deal falls through, he would reconsider his position as a shareholder.

It’s still uncertain whether Musk will be able to secure enough shareholder support to persuade the board to remove its poison pill and opposition to the offer.

The use of a poison pill doesn’t always mean the company is unwilling to be bought. Twitter’s board might be using it as a tactic to boost the offer price.

In a statement on April 15, Twitter said that the board would accept an offer if “it is in the best interests of Twitter and its shareholders.”

Twitter’s board has come under pressure since some analysts say the stock’s upside potential is currently limited. Goldman Sachs, for example, has a “sell” rating on the stock with a price target of $30 per share. Ironically, the investment bank is advising Twitter’s board on Musk’s takeover bid.

It’s unlikely that the board will find any buyer willing to pay much higher than Musk’s offer price, according to some business commentators.

The company’s stock is currently trading at $46. Shares were up nearly 20 percent since April 4 when Twitter confirmed that Musk had acquired a significant stake in the company.

“Unless you’re like Musk and want to own Twitter for idealistic reasons, you should let him have it. He won’t ruin it, so you can do so with a clear conscience,” Alpert wrote in a recent article.

“The stock has stuck since it went public eight years ago, and has not been a good performer,” he told Fox Business on April 15.

“So, people are counting on [Musk],” he said. “What gives the stock value is the prospect that he’s going to give it value by making needed changes, starting with free speech.”

On April 19, Florida Gov. Ron DeSantis also weighed in on Musk’s Twitter buyout saga, saying that his state would look into holding Twitter’s board accountable for breaching its fiduciary duty by adopting a poison pill.

DeSantis said, during a press conference, that the state and its pension fund own some Twitter shares and the fund was likely harmed.

In a 2011 paper, Lucian Bebchuk, a Harvard Law professor said “the empirical evidence indicates that when directors use their power to block offers, it often proves detrimental to shareholder interests.”

According to Bebchuk and his colleagues’ findings, boards that reject premium bids fail to generate optimal long-term returns for their shareholders.