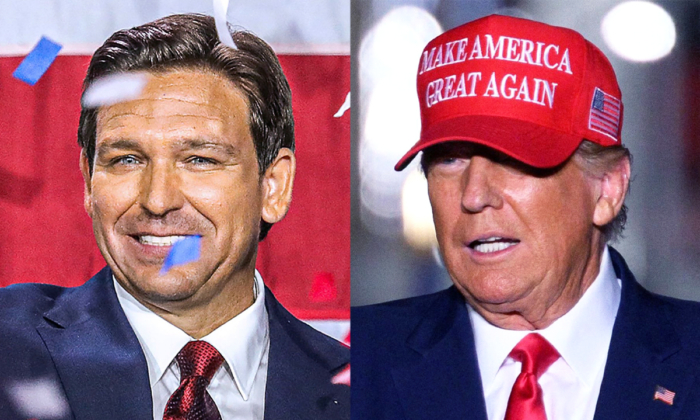 Billionaire tech mogul Elon Musk on Friday revealed his preferred pick for U.S. president in the 2024 race for the White House.

Musk disclosed his preference at the end of a thread on Twitter that was prompted by a report about former President Donald Trump’s banned Twitter account being reinstated yet Trump not having posted anything since then on the platform.

“I’m fine with Trump not tweeting,” Musk said in one of his posts. “The important thing is that Twitter correct a grave mistake in banning his account, despite no violation of the law or terms of service.”

“Deplatforming a sitting President undermined public trust in Twitter for half of America,” Musk added.

Musk, who took over Twitter at the end of October and vowed to allow greater freedom of expression on the platform, then said he had “reluctantly” voted for President Joe Biden over Trump in 2020.

“My preference for the 2024 presidency is someone sensible and centrist. I had hoped that would the case for the Biden administration, but have been disappointed so far,” Musk continued.

Asked pointedly by a Twitter user whether he would support Florida Gov. Ron DeSantis in 2024, Musk replied simply, “Yes.”

Despite publicly throwing his weight behind DeSantis, Musk said in a follow-up post that Twitter itself would remain free of political bias.

“Twitter as a platform must be fair to all,” Musk said.

‘Place Where Woke Goes to Die’

This is not the first time Musk has spoken favorably of DeSantis as a potential presidential candidate.

Back in June, Musk said he was leaning towards DeSantis in 2024 and that he believed the governor, who easily won re-election in Florida at the beginning of November, would easily defeat Biden in the contest for the White House.

In a hypothetical matchup between Biden and DeSantis, the Florida governor holds a 4-point lead, according to the latest poll from FiveThirtyEight. The same poll puts Biden ahead of Trump by 5 points.

DeSantis, who has fought back against the excesses of the left on divisive culture war issues like the teaching of critical race theory (CRT) concepts in school or exposing young schoolchildren to LGBTQ issues, has been especially popular with conservatives.

“Florida is the place where woke goes to die,” DeSantis said ahead of the Nov. 8 midterms during a campaign stop.

Trump, meanwhile, who has officially thrown his hat in the ring for the presidency in 2024, urged DeSantis not to run against him.

“I don’t know if he is running. I think if he runs, he could hurt himself very badly,” Trump said in an interview on Fox News, adding, “I think he would be making a mistake. I think the base would not like it. I don’t think it would be good for the party.”

DeSantis, who has not declared whether he plans to run for the White House in 2024, responded to Trump’s remarks by saying he’s currently focused on leading Florida while calling the former president’s criticism of him “noise.”

“All that’s just noise,” DeSantis said about Trump’s remarks. “Really what matters is, are you leading, are you getting in front of issues, are you delivering results for people, and are you standing up for folks. And if you do that, then none of that stuff matters.”

“At the end of the day, I would just tell people to go check out the scoreboard from last Tuesday night,” he added later, drawing applause. “The fact of the matter is, it was the greatest Republican victory in the history of the state of Florida.”

The latest compilation of polls by RealClearPolitics for the 2024 Republican nomination has Trump in the lead with 48.8 percent compared to DeSantis with 27.3 percent, representing a 21.5 point lead for the former president.