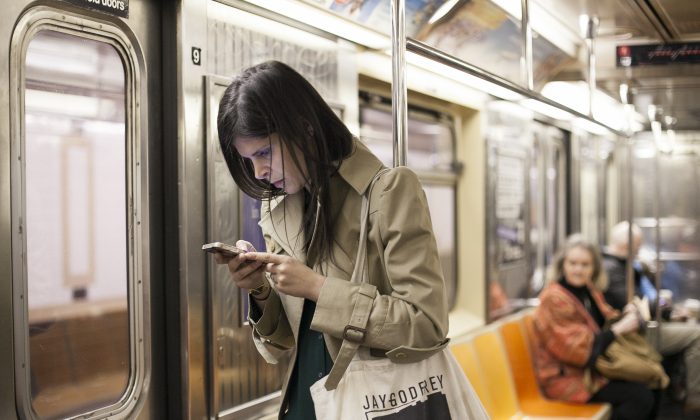 MTA’s $32 Billion Budget Is Only Half Full; Budget to Fund New Trains and Stops

But the funding sources have only been identified for about half of the budget, which leaves a $15 billion funding gap.

MTA has suggested using $1.2 billion annually from the payroll tax to back bonds for the capital plan, but it is a tax many legislators from the suburbs wish to repeal.

According to MTA CFO Bob Foran, an annual $1 billion would theoretically be enough to service $15 billion in bonds, but it may not be practical to bond the entire missing half of the budget.

The plan will now be submitted to the Capital Program Review Board and sent back to the MTA for possible revisions.

The proposed budget includes several service “enhancement” proposals, like countdown clocks and Help Points, which let passengers call for assistance via one button.

The plan also earmarks $250 million to continue the contactless payment project that would allow riders to pay with their smartphones across all MTA systems. There will also be more Select Bus Service routes added in partnership with the NYC Department of Transportation.

Ridership is up 61 percent from 1992 and for riders, capacity is one of the biggest concerns.

Funding is budgeted for projects like the Second Avenue Subway, a project proposed in the 1920s now desperately needed to alleviate congestion on the Lexington line; East Side Access, bringing LIRR trains to Grand Central; and Penn Station Access, which would bring Metro-North trains to Penn Station and add four stations in the Bronx.

The proposed $743 million Penn Station Access is dependent on the completion of East Side Access, which has gone over budget and schedule at an expected $10.1 billion with an estimated completion in 2022. The five-year capital plan includes $2.57 billion for East Side Access.

Overall, about $5.5 billion is proposed for expansion projects. The bulk of the $32 billion budget is for State of Good Repair (SGR) work, which is easy to take for granted, MTA chair Tom Prendergast said, and makes the budget a hard sell.

The growing demographic of Millennials, included in the 8.7 million daily passengers, expect more from the system than riders 20 or 30 years ago, he said. “They say: ‘don’t tell me what state of good repair is—just take care of it,'” Prendergast said.

Over $20 billion of the capital budget is going towards SGR projects, much of which seems invisible to the typical passenger. These include safety fixes like upgrading train signals, repairing cables on bridges, replacing old train cars, and replacing 86 miles of subway track.

The average life expectancy of the system’s equipment is about 40 years, Prendergast said, meaning for a $1 trillion system they could easily expect to spend $8 billion annually just on SGR.

The $32 billion figure is based on the amount of work the MTA can accommodate, Prendergast explained.

The fact that subways run 24-hours a day makes repairs exceedingly difficult compared to maintenance scheduling in other cities. If it is a safety issue, it can be justified when service is down on weekends to make repairs, Prendergast said, but riders rely on and expect the constant service otherwise.

Several board members brought up other projects they wanted to see in the capital plan. Projects in region west of the Hudson River and in Staten Island have gone through years of planning only to not be included in the capital budget.

“It’s like a bait-and-switch,” said board member Allen Cappelli, the only member who did not vote to pass the proposed budget.

Cappelli said if the MTA is going to ask for more money than it has identified funding sources for, it might as well ask for enough to cover these projects that were not included in the plan.

Staten Islanders spoke at the hearing and asked for the inclusion of the Staten Island light rail project and Bus Rapid Transit.

There is less ridership in these areas because there is less service to begin with, which makes these projects a more difficult political sell.

“Unfortunately this is a very, very political situation,” said board member Jeffery Kay. “And it’s politics at its worst.”

Fernando Ferrer, vice chairman of the board, said if the MTA had to borrow all $15 billion they need, it would put “inevitable upward pressure on fares and tolls and downward pressure on service,” hinting at a possible fare increase higher than the planned 4 percent through 2017.

In July, state comptroller DiNapoli warned that the MTA budget gap may exceed $12 billion and it could mean cutting back on service and necessary repairs. The current 2010–2014 capital program had an initial funding gap of nearly $10 billion, which the MTA closed mainly through cutting back on projects and through borrowing.

According to the report, about $60 billion is needed to invest in maintaining the subway system alone over the next 20 years.