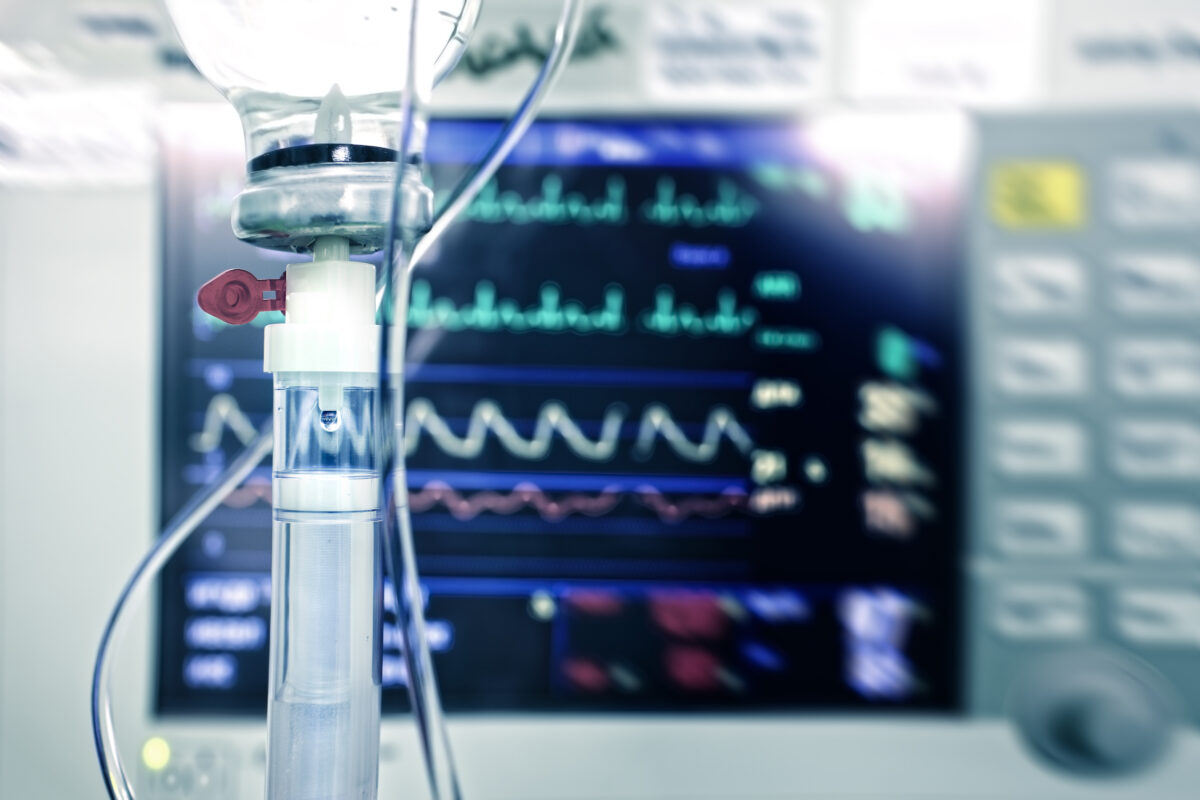 ACS is an umbrella term that doesn’t just include heart attacks, but also a range of other conditions involving abruptly reduced blood flow to your heart. By sfam_photo/Shutterstock
Health Viewpoints

mRNA Vaccines Put You at Risk for Acute Coronary Syndrome

If you’ve taken a two-dose regimen, you’ve more than doubled your five-year risk of this – driving it up to the odds of 1 in 4. Here are nine symptoms to watch out for.

“Extraordinary, disturbing, upsetting. We now have evidence of a plausible biological mechanism of how mRNA vaccine may be contributing to increased cardiac events. The abstract is published in the highest impact cardiology journal so we must take these findings very seriously.”

The abstract he’s talking about is “mRNA COVID Vaccines Dramatically Increase Endothelial Inflammatory Markers and ACS Risk as Measured by the PULS Cardiac Test: A Warning,” published in the November 16, 2021, issue of the journal Circulation.(2) (ACS is Acute Coronary Syndrome).

The PULS (Protein Unstable Lesion Signature) cardiac test(3) is a simple blood test that detects unstable cardiac lesion rupture, one of the leading causes of heart attacks. As noted by the authors of that paper, this is “a clinically validated measurement of multiple protein biomarkers,” which include:

These and several other proteins are indicative of your immune system’s response to arterial injuries that can result in cardiac lesions. These lesions can become unstable, and if they rupture, they can lead to a heart attack.

“We conclude that the mRNA vacs dramatically increase inflammation on the endothelium and T cell infiltration of cardiac muscle and may account for the observations of increased thrombosis, cardiomyopathy, and other vascular events following vaccination.” ~ Circulation November 16, 2021

So, based on the levels of these biomarkers, the test gives you a score that predicts your 5-year risk, as a percentage chance, of developing acute coronary syndrome (ACS). Elevated levels raise your PULS score while levels below the norm lower it.

According to the authors of the Circulation report:(4)

“The score has been measured every 3-6 months in our patient population for 8 years. Recently, with the advent of the mRNA COVID 19 vaccines (vac) by Moderna and Pfizer, dramatic changes in the PULS score became apparent in most patients. This report summarizes those results.

A total of 566 [patients], aged 28 to 97, M:F ratio 1:1 seen in a preventive cardiology practice had a new PULS test drawn from 2 to 10 weeks following the 2nd COVID shot and was compared to the previous PULS score drawn 3 to 5 months previously pre- shot.

We conclude that the mRNA vacs dramatically increase inflammation on the endothelium and T cell infiltration of cardiac muscle and may account for the observations of increased thrombosis, cardiomyopathy, and other vascular events following vaccination.”

As noted by Malhotra, this is indeed extraordinarily disturbing. Patients who received a two-dose regimen of mRNA more than doubled their five-year ACS risk, driving it from an average of 11% to 25%. Just imagine the shape our medical system and society at large will be in if 1 of every 4 people who got the two-dose regimen ends up with acute heart failure.

Signs and Symptoms to Watch For

ACS is an umbrella term that doesn’t just include heart attacks, but also a range of other conditions involving abruptly reduced blood flow to your heart. Signs and symptoms of ACS typically begin very suddenly, and include:(5)

If you suspect ACS, do not drive yourself to the hospital. Call for an ambulance, as it is a true medical emergency that may need prompt medical attention. Risk factors for ACS have historically included older age, high blood pressure, cigarette smoking, lack of exercise, unhealthy diet, excess body weight and diabetes.

SARS-CoV-2 infection was recently added to that list, but it seems we must also add the COVID jab as well. Those who got the injection for fear that COVID-19 might adversely affect their heart now face the grim reality that they’ve exchanged a potential risk for a more certain one.

The authors point out that following the rollout of the mRNA and DNA-based COVID shots, more than 150 cases of thrombocytopenia have been reported. The reference for that statistic is a March 9, 2021, paper in the American Journal of Hematology,(7) and injuries are stacking up at breakneck speed.

As of November 12, 2021, there were 4,387 cases of thrombocytopenia reported to the U.S. Vaccine Adverse Events Reporting System (VAERS),(8) so it’s far more frequent than what they’re stating. (There are also 9,332 reports of heart attacks, which we just discussed, and 13,237 reports of myopericarditis, i.e., inflammation of the heart and/or heart sack.(9))

According to the authors, identifying the mechanism by which the shots cause thrombocytopenia would facilitate the development of a diagnostic test. Historically, heparin-induced thrombocytopenia has been diagnosed using a serotonin release assay (SRA).

Here, using a modified SRA, they discovered spike-dependent, platelet-activating immune complexes in a patient with vaccine-induced thrombocytopenia, suggesting the spike protein is the causative factor. They explain:(10)

“Our patient was a 25-year-old woman who presented to hospital 10 days after receiving the Moderna mRNA COVID-19 vaccine with fatigue, petechiae and wet purpura. The initial platelet count was 1,000 per cubic millimeter without evidence of schistocytes on blood smear.

Coagulation studies were within the normal range … This also likely excludes the presence of a lupus anticoagulant, given the use of a lupus-sensitive reagent for PTT testing. Anti-platelet factor 4 (PF4)/heparin antibodies were not detected … and the classic SRA test, with or without heparin or exogenous PF4, was negative.

The reaction was inhibited by an FcγRIIa blocker … and IVIg … confirming FcγRIIa-dependent platelet activation. Platelet activation was also demonstrated to a lesser degree with increasing amounts of Moderna vaccine … and the excipient PEG2000 …

Furthermore, platelet activation was not detected in a control sample from a patient who had received the Moderna vaccine and had not developed thrombocytopenia …

Circulating Spike protein was detected in our patient’s serum using enzyme immunoassay testing … Together, these results suggest that the thrombocytopenia in this patient was secondary to FcγRIIa-mediated platelet activation by SARS-CoV-2 Spike immune complexes.”

If you found the section quoted above to be too complex, here’s the take-home message: The mRNA shot may be causing an exceptionally low level of platelets through a mechanism that involves antibodies against the spike protein (anti-spike antibodies) resulting in depletion of platelets by activating them.

This platelet activation can lead to disseminated intravascular coagulation, i.e., a pathological overstimulation of your coagulation system that can result in abnormal, and life threatening, blood clotting, as well as thrombocytopenia (low platelet count) and hemorrhaging.

Doctors for COVID Ethics described this mechanism in a February 28, 2021, letter(11) to the European Medicines Agency (EMA). In that letter, they warned that, based on this mechanism, spike protein-based COVID shots are likely to cause blood clots, cerebral vein thrombosis and sudden death, which is precisely what we’ve been seeing ever since.

A mystery that remains to be solved is why only certain people with antibodies to the spike protein (anti-spike antibodies) go on to develop symptoms of platelet activation and thrombocytopenia. Why not all of them? “One hypothesis is that platelet activation is dependent on unique spike protein epitopes, which are only recognized by a minority of identified antibodies,” the authors suggest.(12) In closing, they state:

“Our case … highlights the applicability of the SRA to detect platelet activation disorders aside from HIT [heparin-induced thrombocytopenia]. Although classically done in the presence of heparin, it can be modified to include various antigens to elicit immune complex formation and identify platelet activation …

The prevalence of this phenomenon remains to be clinically determined. Regardless, the modified SRA presented here may be a useful diagnostic test as more cases of vaccine-induced thrombocytopenia are recognized.”

Since well before the rollout of these COVID shots, scientists and doctors have sounded the alarm, pointing out a host of potential mechanisms by which they may cause harm. Now, nearly a year into it, many of our fears are turning out to have been warranted. They’re causing very serious cardiovascular damage, blood disorders, and reproductive dysfunction.

Worst of all, our health authorities have abandoned the mandate to protect public health and are covering up the wreckage on behalf of the profit makers. On top of that, doctors and nurses who speak out about the collateral damage they’re seeing are being silenced and persecuted by medical boards and government officials alike.

Now, we’re injecting these kill shots into children as young as 5. I see no way for this to end on a pleasant note. As a society, as the deaths and injuries, especially in children, continue to escalate, we’re going to face some excruciatingly difficult times.

To remind you of where this article started, people who have received two mRNA shots have more than doubled their five-year risk of acute coronary events, on average. If you’ve not yet taken the jab, I reckon you probably won’t at this point. But if you’ve already taken one or two, I strongly urge you to review the mechanisms of harm, and evaluate whether it’s worth it to continue with a third.

The adverse changes caused by the shots persist for at least 2.5 months. That’s the low end. We still do not know what the upper time limit is. It could be a year or more, and the risks certainly do not diminish with subsequent additional doses. In the November 12, 2021, OpenVAERS report,(13) they added a graph showing vaccination rates and VAERS reports by state.

As you can see, there’s a clear correlation between the rate of “fully vaccinated” in a given state and the number of COVID injuries reported from that state. (Indiana, for some reason, sticks out as a lone exception with a disproportionately high number of reports to the number of fully “vaccinated.”)

What Can You Do if You Have Jab Remorse?

If you now believe that getting the COVID jab was a mistake and wish to lessen your doubled risk of cardiac complications, there a few basic strategies I would advise.

(11) Letter to EMA by Professor Sucharit Bhakdi and Colleagues February 28, 2021