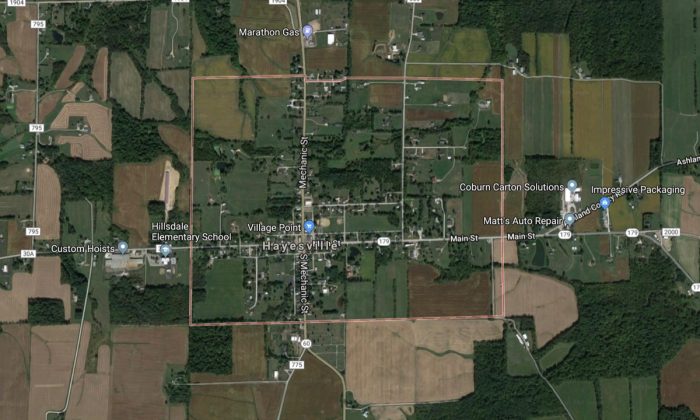 Mother Doesn’t Seek Help After 4-Year-Old Daughter Is Shot, Goes Back to Work Instead

A court hearing determined that a 27-year-old mother left her 4-year-old daughter at home while she returned to work, after being notified that her 8-year-old son shot the 4-year-old, on March 3.

Alyssa Edwards came home and saw the bullet wounds, and then left the children home alone again, according to WOIO. Prosecutor Chris Tunnell said Edwards was contacted at 10 a.m. about the shooting, came home, checked on the children, and then was back at work by 11 a.m., according to the Mansfield News Journal.

The mom returned after she got off work, at around noon. The girl was then at some point taken to University Hospitals Samaritan Medical Center in Ashland County, before being transported to a Cleveland hospital, Mansfield News Journal reported. She will be at the hospital for at least a week, according to WOIO. The boy is in the custody of children’s service, AP reported.

“The defendant’s husband left for work,” prosecutor Chris Tunnell said in court on March 5, via the Mansfield News Journal. “His understanding was the children would be dropped off at a babysitter.”

Edwards kept her guns in a safe, but her son was able to access them because the safe was not locked, according to WOIO.

Chief Deputy Carl Richert of Ashland County, Ohio told WOIO that the girl was allegedly shot multiple times. Deputies were notified of the shooting by the Samaritan Medical Center, at around 2 p.m.

Richert told WOIO the girl’s wounds were not life-threatening, and that small-caliber bullets were used.

Edwards was charged with a felony and a misdemeanor both in connection with endangering children. Richert explained the charges, via the Times-Gazette.

“The first is a third-degree felony, and that was for letting her 4-year-old daughter get shot,” Richert said. “And the other is for not being home when her little son picked up a rifle and shot his sister multiple times.”

Her bond was set at $30,000. If she posts bond, she will not be allowed contact with the children, Mansfield News Journal reported.