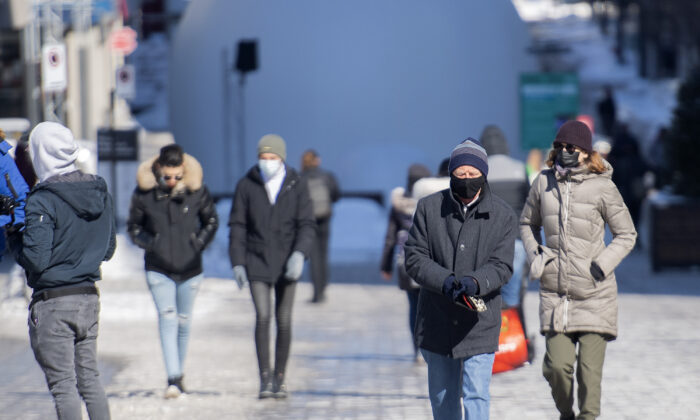 Private polling by the federal government shows that most Canadians are opposed to vaccine passports, according to Blacklock’s Reporter.

The independent media outlet quoted a report titled “Continuous Qualitative Data Collection of Canadians’ Views,” which was produced for the Privy Council Office (PCO), the body advising the prime minister.

“There was not a great desire among the Canadian public to implement such a program for Canadians,” says Blacklock’s, quoting the report dated Oct. 29.

“There was a concern about potential discrimination based on vaccination status,” says the report, drawing on focus groups across the country and prepared by The Strategic Counsel.

“Many mentioned the impact of implementing vaccine passports on civil liberties, viewing it as an infringement on the ability of unvaccinated people to travel,” says the report, adding that even Canadians who support the vaccination for international travellers do not support the measure for daily life within the country.

The report also says some individuals surveyed expressed a concern that “the implementation of vaccine passports was the first step towards a mandatory vaccination policy.”

“They felt moving in this direction was in direct contravention of Canadians’ right to choose in this case whether or not to be vaccinated, and that it might possibly impact employment opportunities and the ability of those who are unvaccinated to financially support their families.”

Blacklock’s also reported in November that PCO had commissioned a psychographic poll prior to the last federal elections that showed the responsiveness of Canadians to pandemic rules.

“Successful segmentation of the general population depends upon exploiting the diversity in the population and offering Canadians experiences, services, and messages tailored to their needs or values,” wrote researchers behind the poll.

“Using population segmentation works well when we can identify the hidden commonalities of needs and behaviours and tailor messaging to address them.”

The poll divided the least likely to follow pandemic rules into two categories, the “stoics” and the “skeptics.”

The stoics accounted for 22 percent of respondents and were unconcerned with compliance to pandemic rules. This group was typically comprised of working-age men and visible minorities with spouses and children.

The skeptics accounted for 11 percent of respondents and had a “very strong mistrust of all institutions.” This group was typically Prairie residents, white, Canadian-born, and aged 25 to 44.

Prime Minister Justin Trudeau used the issue of vaccination during the last electoral campaign, making promises regarding vaccine mandates and vaccine passports, and accusing his Conservative opponent Erin O’Toole of not caring about people’s health for opposing these measures.

In a segment aired on the Noovo TV channel in Quebec on Sept. 16 and recently surfaced in the anglosphere, Trudeau said in French that “there are some people who are vehemently opposed to vaccination. They don’t believe in science. They are often misogynists, racists.”

In January last year, Trudeau had taken a position against coercive vaccine measures.

“I think the indications that the vast majority of Canadians are looking to be vaccinated will get us to a good place without having to take more extreme measures that could have real divisive impacts on community and country,” he said, Reuters reported.

Trudeau promised to give $1 billion to provinces to implement vaccine passports during the election campaign, and all provinces now have a system in place. He also mandated the vaccine in the public service and within federally regulated entities such as banks, and has prevented the unvaccinated from travelling by plane, rail, or commercial marine vessel.