Most Americans Lose $180,000 in Social Security Benefits Due to Key Mistake: Study 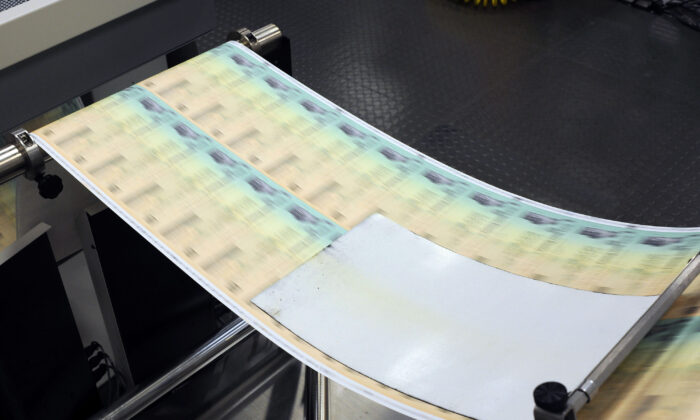 A new study revealed that most Americans should wait until they’re age 70 or older before they start claiming Social Security benefits or they might miss out on thousands of dollars.

A study (pdf) from the National Bureau of Economic Research found that when Social Security beneficiaries claim their benefits too early, they miss out on receiving more than $180,000 overall. People are eligible to receive their Social Security benefits starting at age 62, although the study’s authors say that many should wait until they’re 65 or even 70.

“We find that virtually all American workers age 45 to 62 should wait beyond age 65 to collect,” it said. “More than 90 percent should wait till age 70. Only 10.2 percent appear to do so. The median loss for this age group in the present value of household lifetime discretionary spending is $182,370.”

Using an analytical tool, several economists and researchers found that “Social Security lifetime benefit optimization represents a clear means of improving the welfare of retirees” and that “high-income retirees have the most in absolute terms to gain from maximizing their lifetime benefits.”

“But low-income retirees can raise their living standards by a far higher percentage,” the report said. “Whether rich, middle-class, or poor, what’s required is simply patience—waiting to apply for the right benefits at the right time.”

They also estimated that under “Social Security macroeconomic assumptions,” if all Americans were “to optimize” their benefits, it would translate to a “$3.4 trillion increase in Social Security’s current colossal $61.8 trillion unfunded liability.”

“But if we assume future generations would also optimize, another $3 trillion or so could easily be added to this figure,” they wrote. “This reflects the fact that the system’s reductions for early retirement and Delayed Retirement Credits are more than actuarial fair based on current demographic and economic conditions.”

If a Social Security recipient optimized their benefits by waiting to claim them, there would be an overall 10.4 percent increase in a typical workers’ lifetime spending, according to the researchers.

Several months ago, the Social Security Administration announced a 8.7 percent cost-of-living adjustment increase, the highest in about 40 years. That’s because of decades-high inflation, which reached as high as 9.1 percent year-over-year in June.

The cost-of-living adjustment (COLA) means that the average recipient will get more than $140 extra per month starting in January, according to the Social Security Administration last month.

“This is not a benefit increase, it’s an adjustment to keep pace with inflation, and of course prices are rising to very high levels right now,” Nancy Altman, the co-director of the nonprofit organization Social Security Works, told The Hill in an interview. “But the COLA is an extremely important feature, because without it benefits would erode over time.”

The announcement for a large increase in 2023 isn’t a surprise, according to Ken Thomas, national president of the National Active and Retired Federal Employees Association, due to rising consumer prices and surging inflation. “However, rising health care costs … could reduce the value of this adjustment,” Thomas said. “Seniors spend more on health care than any other segment of the population.”

“The COLA doesn’t take into account where you live or your actual spending patterns,” said William Arnone, CEO of the National Academy of Social Insurance. “For some people, it’s an overstatement of cost of living for, say, small towns in the Midwest versus urban areas like New York, D.C. or Chicago. With many older people choosing to live in suburban areas or rural areas, some will benefit more” than others from the same-sized increase.

But the expected increase means the Social Security system will pay out more money sooner, which can add more strain on its trust fund. The annual Social Security and Medicare trustees report released in June says the program’s trust fund will be unable to pay full benefits beginning in 2035.

Some analysts estimate there will be Social Security insolvency as early as 2034 unless action is taken by members of Congress before then.